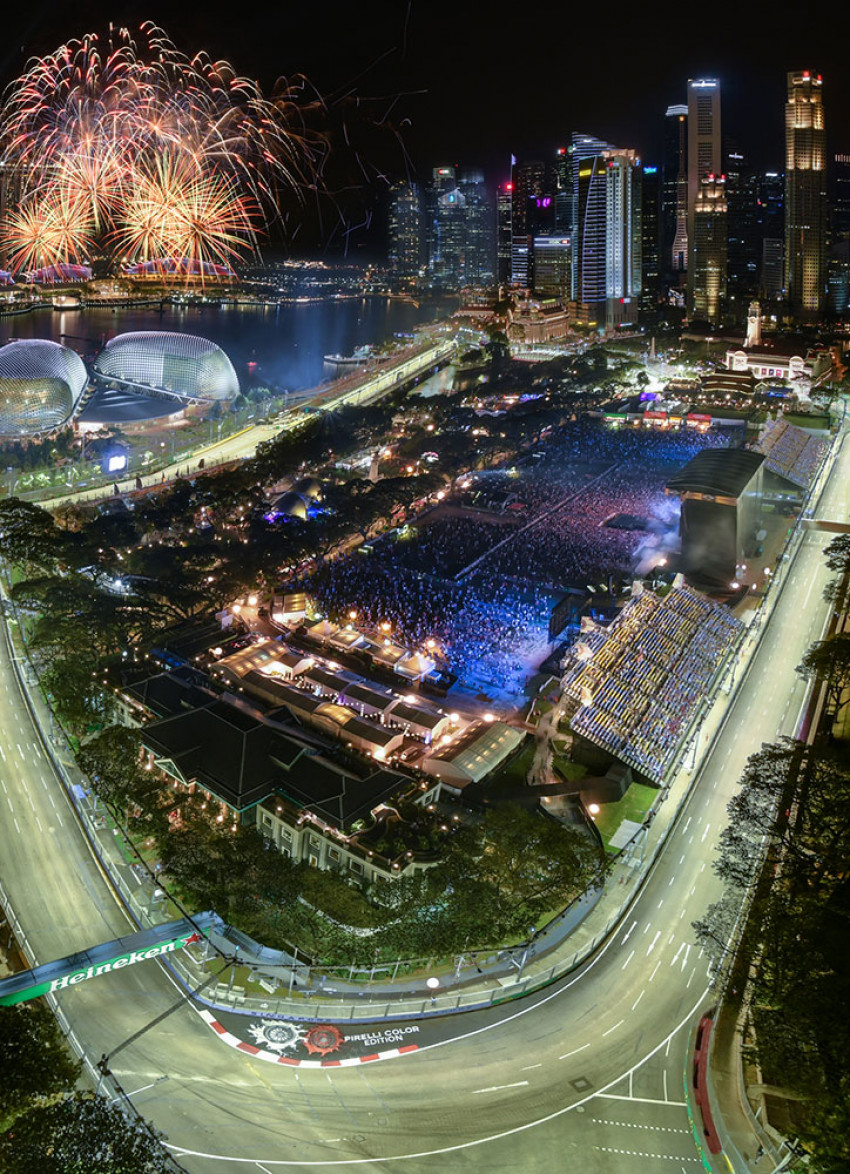 The Formula 1 Singapore Airlines Singapore Grand Prix 2019 is a fan favourite for motorsport and entertainment, but it’s also a world-class dining experience. Stewart Bell gets the inside track from Marina Bay.

It’s one of the world’s greatest sporting spectacles, a glamorous night race that stuns half a billion viewers annually on television, with 250,000 more pouring into the Marina Bay Street Circuit park for furious wheel-to-wheel battles, live performances from music superstars and the best trackside parties.

Of course, the Formula 1 Singapore Grand Prix is a bucket list item for so many people, beyond just traditional motorsports fans – but what you may not know about the event is that it’s also a foodie’s paradise.

Especially for the SVIPs, who – in the opulent Formula 1 Paddock Club – get a pass to the sport’s coveted inner sanctum. One where heads of state and pop stars rub shoulders in a rarefied enclave fit to burst with unbelievable dining experiences from celebrity chefs.

One such chef is Australian Neil Perry, who will again be bringing his award-winning restaurant Rockpool. He will be in excellent company, with his world-famous bar and grill next to event debutant The Hind’s Head by Heston Blumenthal, and NOBU. 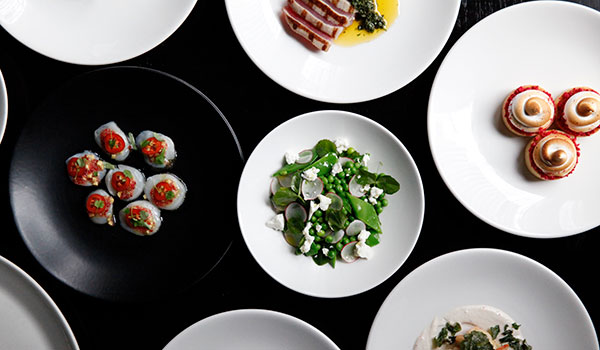 The good times continue at Stockton by Maximal Concepts brought in from Hong Kong, which is ranked number eight among Asia’s 50 Best Bars, and Tarte, led by pastry chef Cheryl Koh of two Michelin-starred Les Amis Restaurant. “It’s just such a terrific event, as far as the food, sport and entertainment [goes];  the only other thing I’ve been involved in that comes even close is the Australian Open tennis,” Perry says.

First-class formula
Last year marked Rockpool’s debut at the Formula 1 Singapore Grand Prix, and it made quite an impression on the 62-year-old and his talented Rockpool team – with everything on a new level.

“You walk into the [Formula 1] Paddock Club, and there are some [permanent] structures there, but there are other [temporary] structures that are built and torn down for the event and they look like fully functioning real restaurants,” says Perry, bubbling with enthusiasm.

“The absolute detail in building these things for a temporary [event] experience is extraordinary. So from that perspective, the level of energy and planning and effort that goes into it is absolutely world-class.

“And then during the event, I doubt there would be a better Grand Prix in the world as far as food and beverage and the entertainment factor goes. And then the thrill and excitement of the night race; I think it’s amazing.”

And F1’s original night race is the one all of the drivers want to win, with yet another Australian, Daniel Ricciardo, a Singapore specialist. The Perth-born racer has been on the podium four times in the past five visits. He has also twice set the race’s fastest lap, underlining his searing pace.

This season Ricciardo returns in yellow and black with his new squad Renault, and it’s an event that he always over-prepares for – the race an epic endurance challenge for all drivers, with F1 cockpit temperatures soaring up to 60°C at racing speeds. Enough for them to lose up to 3kg in sweat… 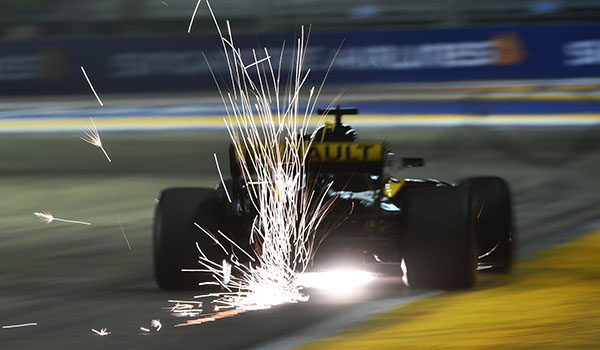 In preparation for the last year’s Formula 1 Singapore Grand Prix, Ricciardo left no stone unturned. Shunning social media, he sweated up a storm in the gym for nine straight days in seven layers of clothing, with the heat maxed out in a bid to “get comfortable in the uncomfortable”.

“It’s a mental game as well, knowing that probably no one else is doing this, to this level,” he says.

“[And] when I see everyone on the [starting] grid on Sunday wearing ice vests, and I’m there smiling without one, it’s already a little game, which gives me the confidence. I like it, I really do.”

Rivalry and revelry
This year, we are expecting a three-way battle at the front between F1’s iconic top teams Mercedes, Ferrari and Red Bull Racing, and six drivers in contention for the silverware.

Five-time F1 World Champion Lewis Hamilton is facing a tougher challenge from his teammate Valtteri Bottas at the Silver Arrows, four-time F1 World Champion Sebastian Vettel is determined to keep young gun Charles Leclerc behind him, while Max Verstappen and Pierre Gasly are duking it out at Red Bull Racing. All of them under maximum physical and mental pressure to deliver.

It’s a total contrast to the SVIP experience, where the balmy equatorial weather makes for the perfect party – chilled champagne in hand.

And in the air-conditioned luxury of the Formula 1 Paddock Club, Perry will be serving up his own flavours of Australia to the world’s elite.

“We’ve actually been spending a lot of time over the last five-years weaving some native ingredients into the Rockpool Bar and Grill [menu] – so we really reflect our 60,000 years of food and culture in our country,” he says.

“So we’re bringing that, again with brilliant produce like an amazing Rangers Valley dry aged rib on the charcoal grill. So we’ve got great produce and we’re pairing lots of stuff with some beautiful Australian ingredients. So you’ve got Davidson plum, lemon myrtle, macadamias and finger limes, Warrigal greens. We’re doing some quandongs, which will be fun.

“They’re the sorts of things that we want to introduce to the menu, to Singapore, so that they get our unique Australian flavours and all of our brilliant beef, lamb and seafood.”

Perry’s menu typically reads like a delicious dream-come-true, its seven entrees including Ceviche Of Scallops, Avocado, Desert Limes And Chilli; Fried Moreton Bay Bugs With Macadamia Tarator And Fingerlime, and Sashimi Of Kingfish With Davidson Plum And Black Sesame Seeds. “I used to use a lot of sumac, which brings sourness. And Davidson plum is about 10 times more sour, and it’s about 10 times more complex. So I literally don’t use sumac anymore. We mix that with kombu to bring umami, and black sesame for a beautiful nutty flavour, and that’s just a sprinkle on top of the fish.”

“This year we are putting it with some quandong peaches that are made into a harissa. So lots of cumin, chilli and red pepper and then it’s pureed, and gets a nice smear on the side of the beautiful slice of medium-rare rib eye.”

Of course, it wouldn’t be the complete Rockpool experience without amazing desserts, and those in Singapore’s Formula 1 Paddock Club will be treated to three of the best in a Lemon Meringue Tart With Matcha, Modern Black Forest Gateau, and even Smashed Pavlova. 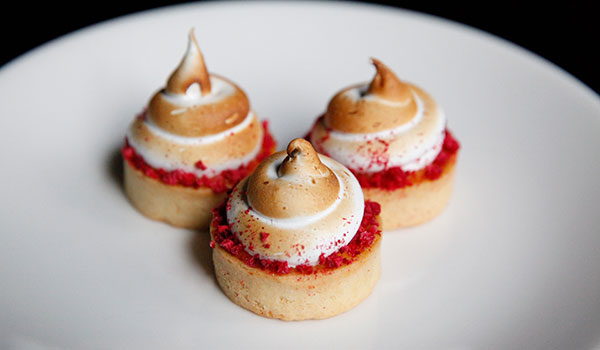 It all adds up to an incredible experience, with Rockpool just a single example. The Hind’s Head by Heston Blumenthal will feature traditional English cuisine with a twist. The one Michelin-starred gastro-pub will serve up Souchong Tea-Smoked Salmon With Sour Cream Butter, Caviar And Soda Bread, Veal Chop with Celeriac Purée, Glazed Carrots And Sauce Reform, as well as Roasted Scallops With Scallop Tartare, White Chocolate Foam And Caviar.

And while the SVIPs are enjoying the brilliant dining, with a million-dollar view of the world’s most exciting sport, the chefs are working hard to keep the 1500-1800 guests ensconced in haute cuisine – with a huge amount of produce.

“We are generally talking around 100-150 kg of beef we will go through over the three days,” Perry says.

“We’ll go through 70-80kg of tuna, probably 10 20kg sacks of potatoes. We’d be bringing up 30kg of finger limes, probably 20kg of quandongs. We’ll probably use 10-15kg of caviar. Everything is in volume because you’re just doing such large numbers.

“And everyone gets into the spirit of eating and drinking and really that incredible sense of hospitality that the Formula 1 Singapore Grand Prix puts on. It’s just amazingly embraced by everyone who comes to the Paddock Club.”

All this, before you even think about the unrivalled view of the action from the Paddock Club suites, or the daily Pit Lane Walk, where you can enjoy exclusive access to see the mechanics work on the F1 cars in the team garages. Or, beyond the Paddock Club at one of the nine stages across the Circuit Park, where you can see the world’s hottest music acts. This year’s headliners include six-time Grammy winners the Red Hot Chili Peppers, Swedish House Mafia, Muse, Gwen Stefani, Fatboy Slim, Hans Zimmer, and Toots and the Maytals. 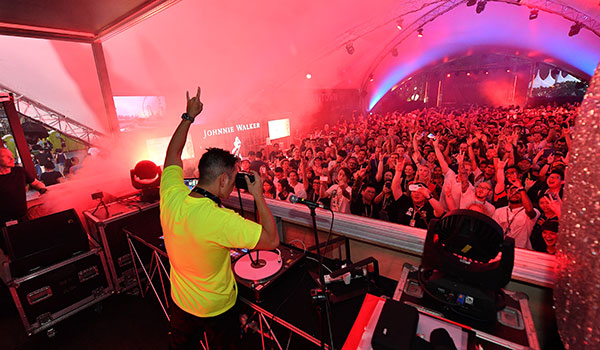 All of it part of an unforgettable weekend in which guests are given the ultimate F1 treatment – and everyone gets the racing fever. Including Neil Perry, who is a big Daniel Ricciardo fan.

“So, absolutely, I’m always rooting for him. And I hope that he gets a good car under him by the time Singapore comes around and he can get competitive.”

Singapore has always been a foodie’s paradise, but with the Grand Prix in town – the centre of action shifts over to the stunning made-for-Instagram Marina Bay as the streets come alive with the sound of Formula 1.

The Formula 1 Singapore Airlines Singapore Grand Prix 2019 will be held from September 20-22, with more information at singaporegp.sg.