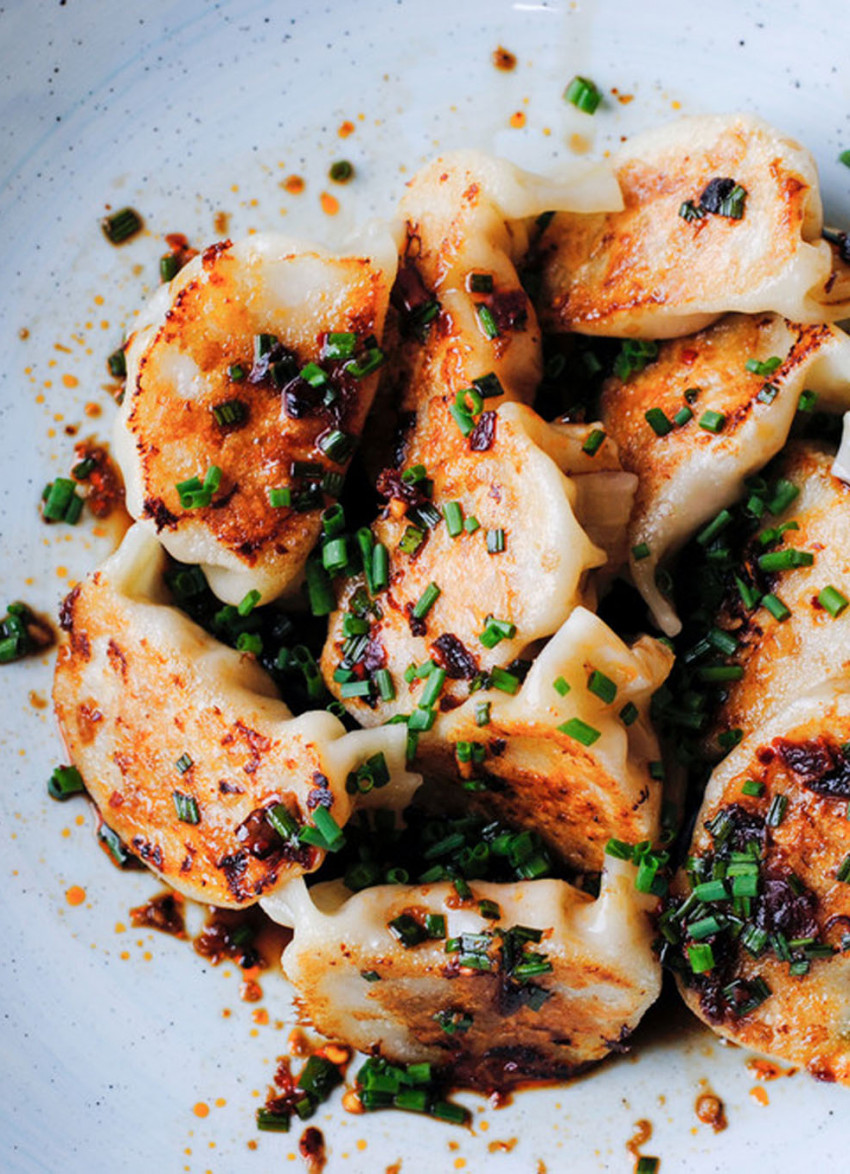 These Chinese dumplings are incredibly succulent and flavourful.

The garlic chives, also known as Chinese chives can be found at any good Asian grocer along with the Shaoxing wine, chinkiang vinegar, soy sauce, chilli oil and dumpling wrappers. These dumplings can be made in advance and frozen.

Blitz your pork in a food processor for 3–4 minutes until pork has become gluey.

Set yourself up with a bowl of water, a tray dusted with flour, your dumpling wrappers and mince meat.

Take a heaped teaspoon of pork mince and place in the centre of your dumpling wrapper. Wet your pastry brush and dab a little water around the edges. Gently fold the dumpling wrapper over to make a semicircle and press any air bubbles out as you go. Firmly seal the edges, flatten base of each dumpling and place on the floured tray.

Combine the ingredients for the dipping sauce minus half of the garlic chives and set both aside.

Heat a non-stick frypan with a lid, over a medium/high heat and add a good glug of vegetable oil. Boil a large jug of water.

Place your dumplings, 10 at a time (depending on size of pan) in the oil. Cook until golden brown on the base, this should take around 45–60 seconds. Add 1 cup of boiling water, cover and cook for 4 minutes.

Arrange dumplings in a bowl and pour over half the dipping sauce, placing the other half in a side bowl for serving. Sprinkle with remaining garlic chives. 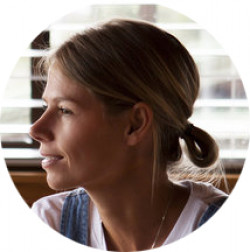 Olivia Galletly is a passionate home cook based north of Auckland, with a penchant for inexpensive, seasonal, feel-good food. To enjoy Olivia's backlog of reimagined casual-cool fare, visit her blog The Hungry Cook.