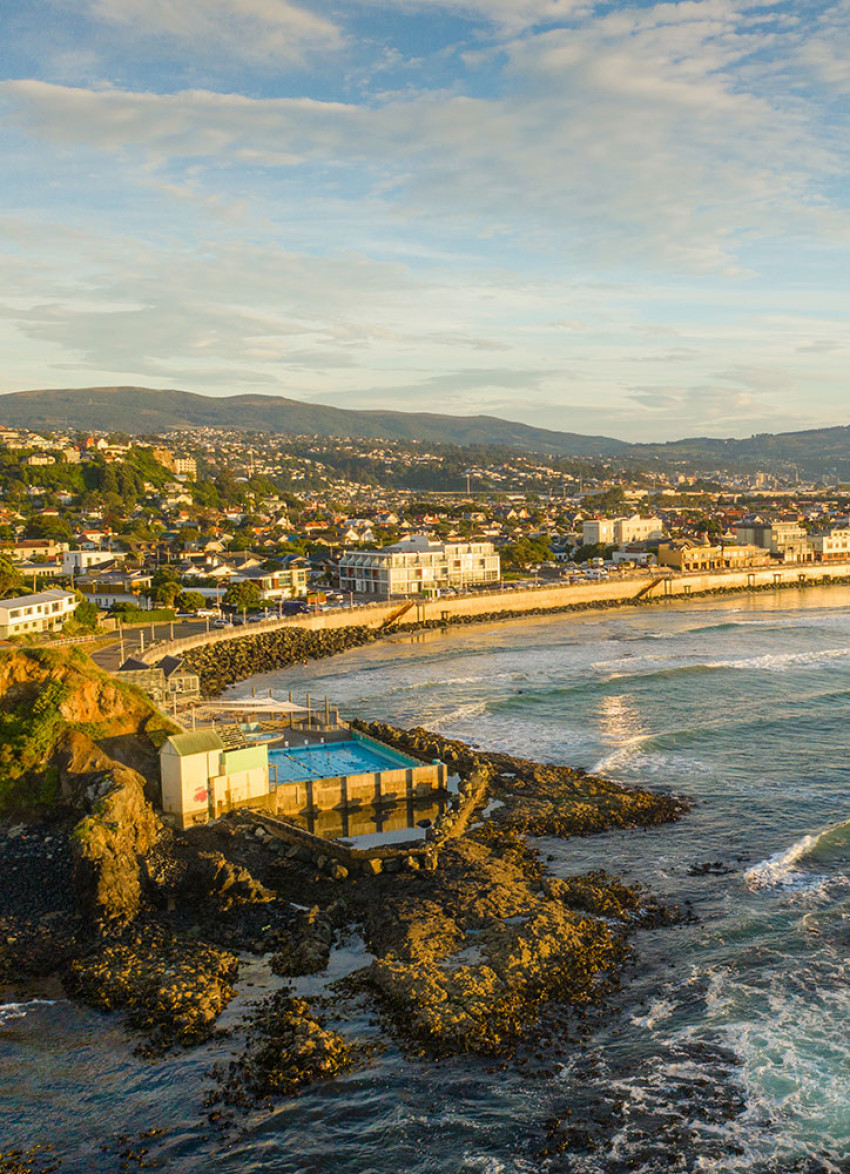 Digital Editor Izzy Brimeau travelled to Dunedin for 48 hours. Here, she reveals her recommendations for where to eat, sleep and drink.

Aside from a friend’s 21st birthday party – for which I was in Dunedin for less than 24 hours – I had never explored this vibrant city. Dynamic, historical and known for being a student destination, it’s no surprise Dunedin is the eighth most populous city in the country. According to dunedinnz.com, in 2018 87 per cent of the city’s residents rated their quality of life as ‘extremely good’, ‘very good’ or ‘good’. Originally modelled on Edinburgh, Scotland, there's a lot of Scottish heritage to be found. With new bars and eateries constantly popping up, Dunedin’s foodie scene has evolved and offers much more than just haggis. So much more.

I recently returned to the bottom of the South Island, for 48 hours, to discover all that Dunedin has to offer. And yes, by ‘all that’ I mean eating and drinking my way around restaurants and cafés. Here is my foodie guide for your next weekend getaway.

Buster Greens
Buster Greens hadn’t been open longer than a few months by the time I visited. But to any tourist, it would appear as a well-established neighbourhood favourite. We arrived at 1pm on a Friday and it was heaving. There was a line for the cabinet food and university students had happily spilt outside for a more al fresco dining experience, even despite the cold. Luckily, we spied a vacant table in amongst the throngs of people.

The interior is light, leafy and has a Scandinavian feel about it. The menu sports bold flavours, ‘healthy’ options and spins on classics. The cabinet, I’m told, is known for its incredible raw sweet treats. My friend and I ordered the Lamb Shoulder with Flatbread, Smoked Hummus, Bitter Greens and Dukkah; House Made Crumpet Bene featuring pork belly; and the chef’s special – Slow-Cooked Beef Cheeks with Mash, Gravy and Parsnip Chips. 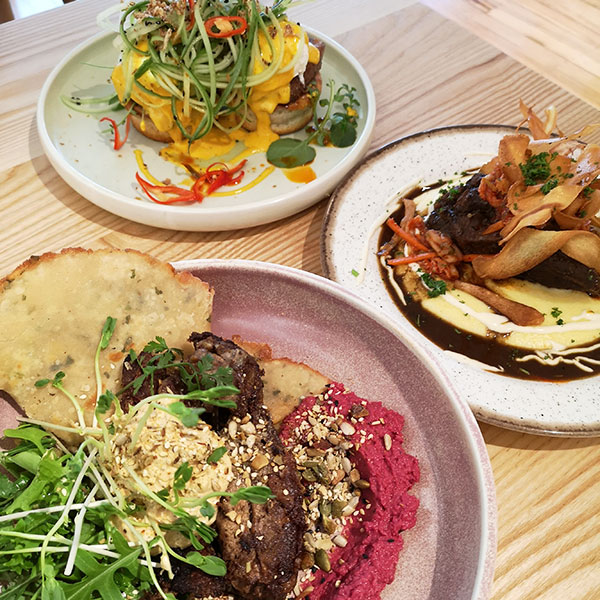 All three dishes showcased tender, melt-in-the-mouth meat. The addition of chilli and pickled cucumber took the pork-heavy eggs bene to new heights, while the hollandaise was the perfect combination of creamy and acidic. But it was the combination of beef cheeks, smooth mash, crunchy parsnip chips and a moreish gravy that won me over. Here’s hoping it has now migrated from ‘chef’s special’ to a permanent resident on the menu.

No 7 Balmac
A neighbourhood favourite, and long-time resident, No 7 Balmac is a must-visit. The restaurant has recently undergone a facelift, due to the fire that destroyed most of the premises in 2018. They reopened earlier this year with a menu sporting both new dishes and old favourites. It was no surprise the restaurant was full at 7pm on a Friday.

I was lucky enough to be joined by restaurant owner Katrina Toovey. And even luckier to be served by her efficient and knowledgeable staff. Highlights of the meal included the Tandoori-rubbed Octopus – tender and lightly smoky from the woodfire grill. The Wild Fiordland Venison was rich, gamey, perfectly-cooked and well-balanced by the creamy whipped chèvre (French goat’s cheese) and the earthy balsamic roasted potatoes. 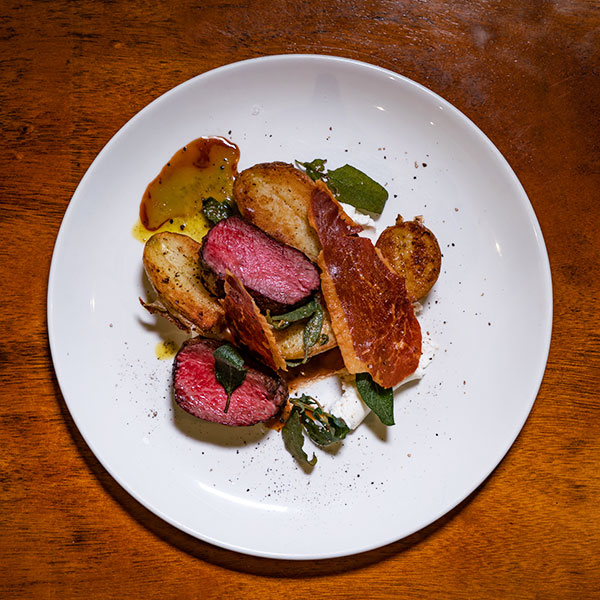 The pinnacle of the night was delving into the Self-Saucing Flourless Belgian Chocolate Pudding while discussing The Handmaid’s Tale, Steiner schools and bees as gifts. The pudding was light, decadent and devilishly-good. The conversation was interesting, intelligent and humorous.

Esplanade
Aptly located on the esplanade, this Italian eatery is light, airy and homely all at the same time. The interior shares some similarities with its sister restaurant, No 7 Balmac, and the menu has been created with the same love and care. At 12.30pm on a Saturday it’s a hub of activity. Families, students and older couples – they’re all there to fill up on carbs and, judging by the tables, the milkshakes.

After some toing and froing, I ordered the Ravioli with Spinach, Ricotta and Sage Butter. And, by recommendation of the waitress, the Insalata Rucola - rocket, pear, pecorino and walnuts. The moment I cut through the ravioli I knew it was perfectly al dente. Creamy ricotta, with a desirable amount of spinach and an irresistibly salty, sage-laced butter sauce. It was heaven. The salad was simple and yet I could not stop eating it. Peppery rocket, creamy nuttiness from the pecorino, sweetness from the pears and a satisfying crunch from the walnuts. I washed everything down with a glass of red, while watching the waves crash against the esplanade. If only I could spend every Saturday that way. 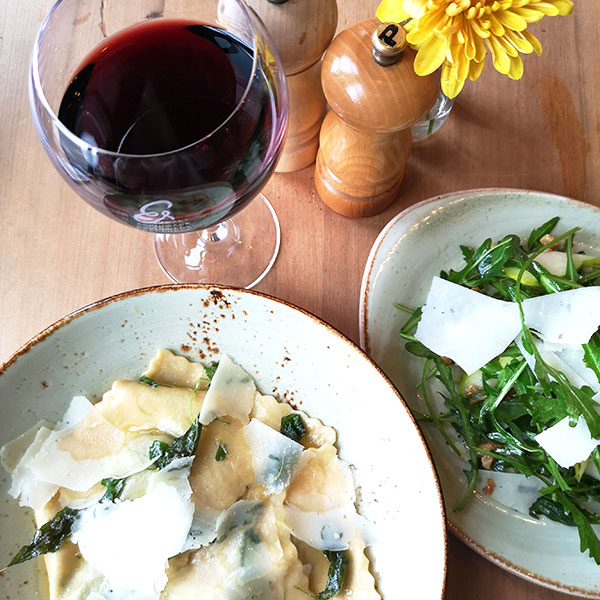 The wine list was impressive, and the staff were knowledgeable. Within minutes I had a glass of well-recommended Wooing Tree pinot noir in my hand. Light on the oak, rich and smooth – it was a spot-on suggestion.

I can vouch for the Chargrilled Sirloin Steak with Café de Paris Butter and Dauphinoise. The steak, though a little chewy, was cooked perfectly medium-rare. I did however have slight food envy of the Grilled Silverfern Beef Fillet, which came with truffled mac and cheese. My guest opted for the venison, which was also well cooked, though couldn’t quite compete with No 7 Balmac. Too full for dessert, we shared the Chocolate, Whiskey and Salted Caramel Truffles. They had the right balance of all three flavours and I certainly could have found room for one or two more.

Vogel Street Kitchen
If you’re not familiar with Vogel Street, you owe it to yourself to stop by. This stretch of art deco buildings is home to a smattering of cool cafés, quirky street art and what I’m told is one of the best burger joints in the country. My Sunday morning eatery of choice was the ever-popular Vogel Street Kitchen. Empty tables were scarce, and the menu was enticing. I’d already looked over the menu before arriving and had my eye on the Mushrooms Sauteed with Spinach. I chose well. Rye bread was topped with a pleasing amount of ‘shrooms, cloves of roasted caramelised garlic, spinach and an achingly-good parmesan and thyme butter – which slowly melted while I ate. I was glad to be alone, just my breakfast and I. 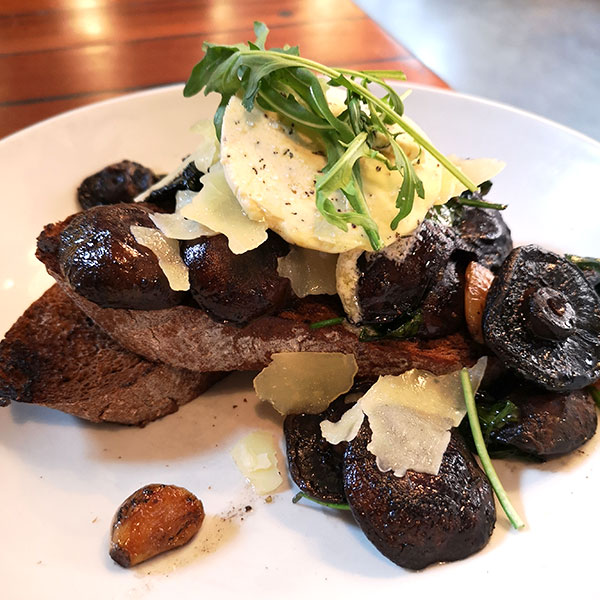 There are multiple accommodation options in the area, but if I had to pick just one it would be Distinction Hotel Dunedin. Formerly the Chief Post Office (1937), this hotel is far from lacking in history and elegance. Ranked 3rd best hotel in New Zealand, this premier accommodation boasts 121 luxury, sound-proofed suites and studios. WIFI and gym access are offered on a complimentary basis and the aptly-named Parcels Restaurant is open for breakfast, lunch and dinner.

I can confirm that the beds are cloud-like, the tea and coffee offering is satisfactory, and the bath is perfect for wasting away an evening. And yes, bubble bath and robes are available. OCHO Chocolate Factory
Otago Chocolate Company, OCHO, offers unique tours and tastings at their Roberts Street boutique factory. Their cacao beans are grown in the Pacific and their award-winning chocolate is all made in onsite. My favourites include the Milk Chocolate and the Salted Caramel. 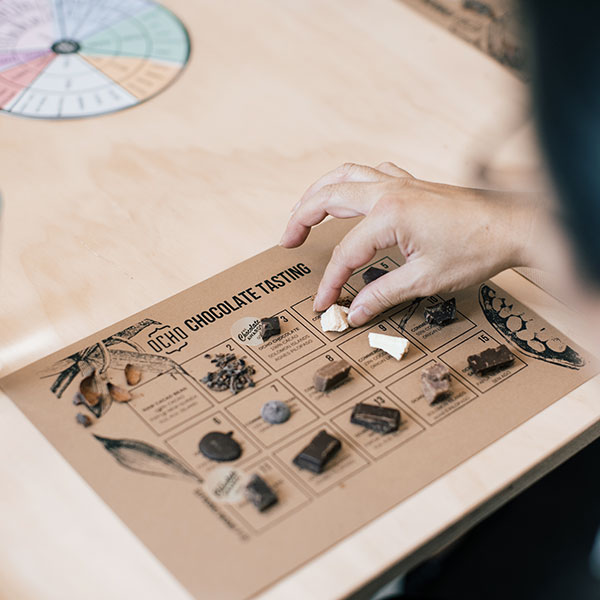 Bay Road Peanut Butter
Also located on Roberts Street is the well-liked Bay Road Peanut Butter store and roastery. Made by the Hastie brothers, their aim is to create healthy, sustainable peanut butter. Pop in to pick up a jar, a slice of peanut butter-topped toast or a raw treat. You can also return your empty jars here, and receive a discount on your next purchase. Hungry? Give their peanut butter and pesto toast a go. Trust me. 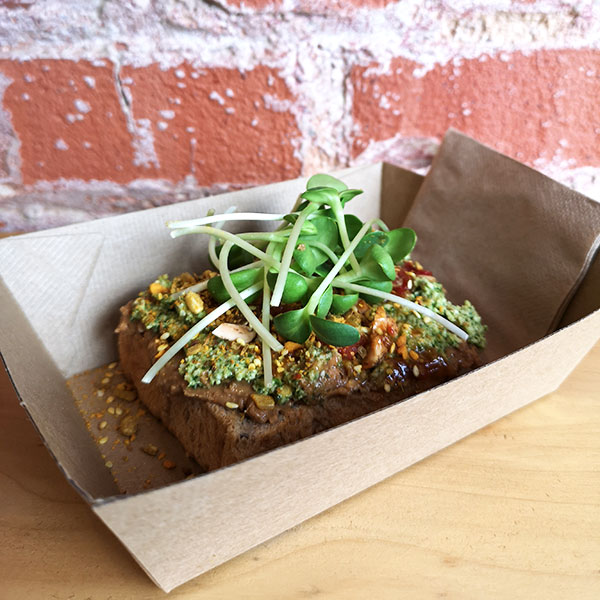 Otago Farmers Markets
According to their website, they've been voted New Zealand's most outstanding farmers market. With up to 75 stands showcasing fresh produce, baked goods, hot meals and great coffee, it's no surprise it's always bustling with people. 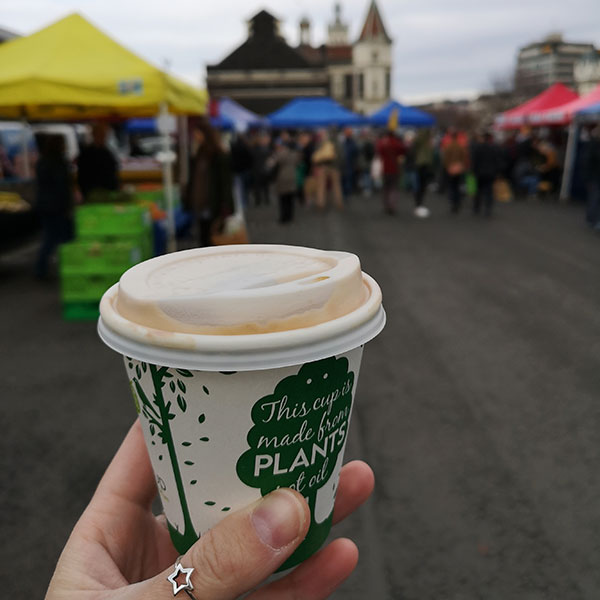