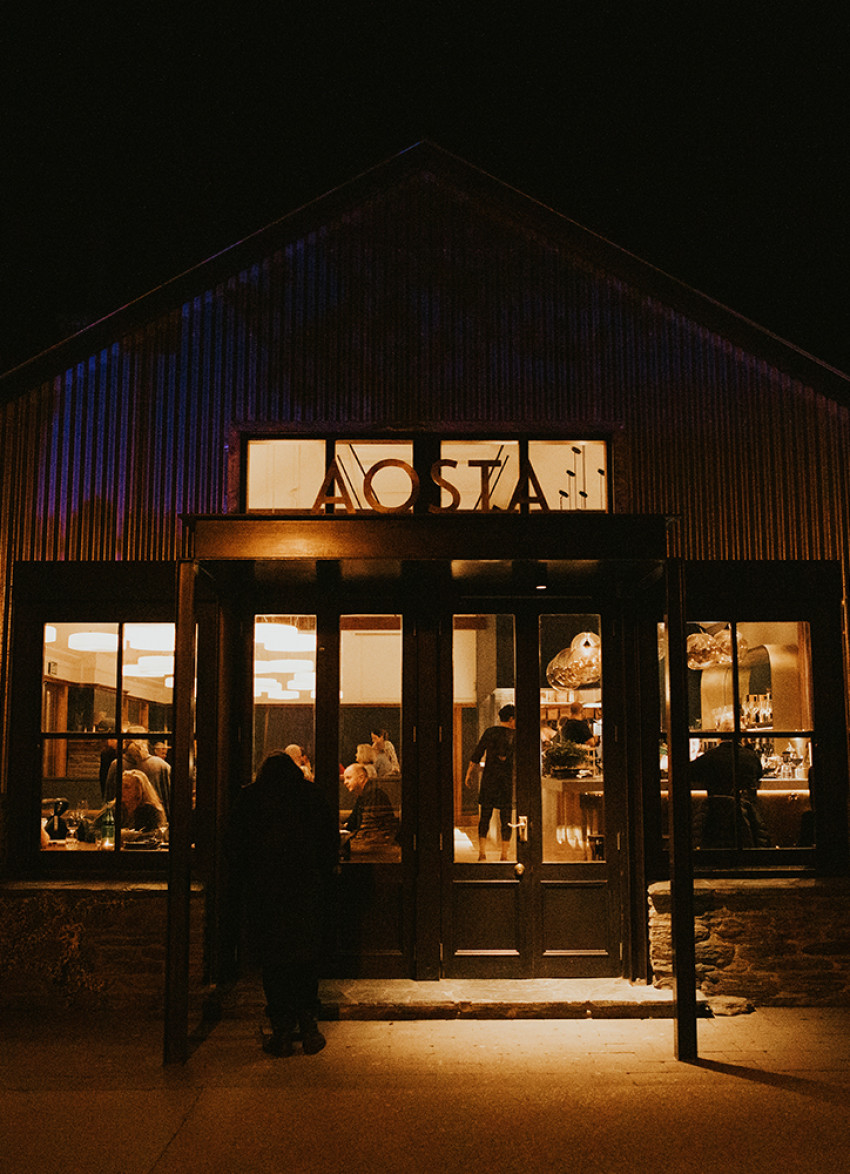 Beside the banks of the Arrow River, and kilometres of mountainous terrain, sits Ben Bayley's newest Italian restaurant: Aosta, Arrowtown. Digital Producer Emily Bell popped by to check it out.

There’s something quite magical about Arrowtown on a winter’s night. Walking the streets of this historic gold mining town, I half expect snow to fall and a Victorian horse and cart to traipse through the street. The air is crisp, the streets low-lit. It's quiet and there’s no one in sight apart from a low, distant hum of diners poised behind glass. My partner and I park our car and make the chilly walk to our dinner destination: Aosta.

Recently opened by famed chef Ben Bayley and jeweller Michael Hill, it’s a restaurant inspired by Bayley’s time in Aosta, the capital of the Valle d’Aosta in Northern Italy. As an alpine valley with four seasons, Aosta has a climate similar to Central Otago.

Stepping through the door we’re greeted by a blast of warm air and friendly faces, before being shown to our seat. The interior is inspired by the Italian city, and the lighting is low and it's intimate. Designed by interior designer Anna Marie-Chin, there’s an open-plan kitchen where you can watch the chefs work. 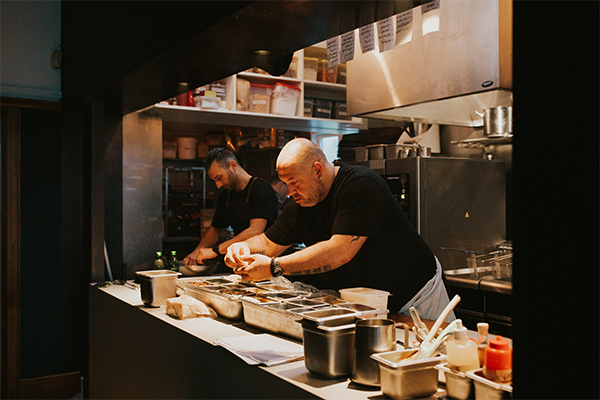 Our server Briar takes us through the extensive menu. It’s Italian fare but not as you know it – if you’re thinking a pile of spaghetti and pizza, think again. The menu is elegant and well considered. It’s almost a little overwhelming, so we take Briar’s recommendation and order Fangiano Terrina: a pheasant and duck terrine with sour dough, pistachio mustard and savoy mustard. We also order Tiny Ravioli En Brodo, Smoked Havoc Pork Back with Fried Bull Kelp and Rainbow Chard.

Before the first course arrives, we’re treated to a Sgroppino – an Italian palette cleanser. It’s a vodka-based cocktail with house-made sorbet and thyme. It's deliciously refreshing and goes down far too easily. Our starters arrive and we try the Tiny Ravioli En Brodo first. The broth is bursting with flavour and, for us, is the standout component of the dish. The Fangiano Terrina is tasty and comforting with the perfect amount of texture. 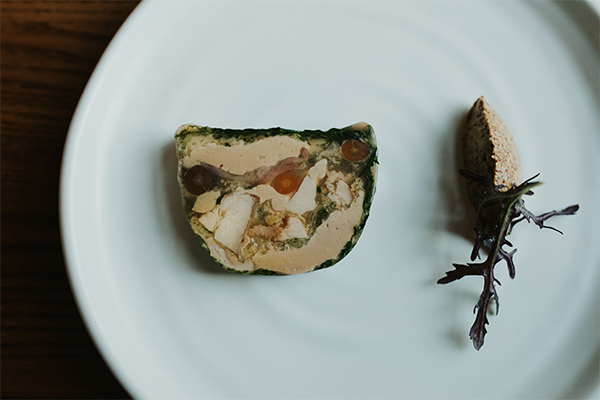 We both order another cocktail. I choose the Aotearoa & Tonia – a gin-based cocktail with locally made crab apple jelly and tonic. My partner orders the Aosta Bellini: Pierre Ferrand Dry Curacao, Cloudy Bay Pelarus and Spiced Pear Nectar. Both are refreshingly sweet and pack a slight punch.

Next up, is the Tortellini with goat's cheese, made in the coastal town of Kaikoura, and served with brown buttered chestnuts, wild mushrooms and raisins. If you’re a cheese-a-holic, this is the dish for you. Tasty little parcels made from a combination of gnocchi dough and charred potato skins arrive on a plate, topped with buttered walnut. Cutting into them, cheese oozes from the sides. It’s a swoon-worthy experience, with flavour and texture in abundance. Briar then brings out two portions of the Wild Rabbit Ravioli with locally sourced walnuts, thyme, cows swede and winter truffle from Bannockburn. Though ravioli may conjure images of small pasta squares, this is of ample size. Savoury flavours combine with the nutty pungency of walnuts, but both allow for the strong winter truffle to shine through.

This is quickly followed by our next choice, Te Mana Osso Bucco with white polenta, ice plant, preserved lemon and candied black olives. The veal shank is tender, rich and falls off the bone. It’s traditionally served with whipped polenta, which complements the different flavours of the meat. We wash it down with a glass of Italian red Erste+Neue Lagrein.

For dessert we opt for the traditional Italian dessert, Tiramisu. It arrives to the table deconstructed on a platter and is created before us – adding a nice theatrical effect. We share it, devouring the individual layers of sponge, coffee and cream. A perfect ending to the night. 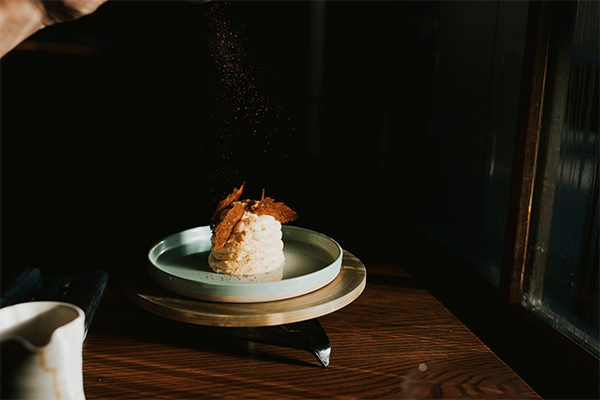 If it’s good, locally-sourced food you’re looking for, then Aosta is for you. The food is a representation of a partnership between two countries; Bayley’s decision to blend Italian dishes with ingredients sourced from the South Island celebrates both old and new cuisine. We left the warmth of the restaurant feeling full and content.