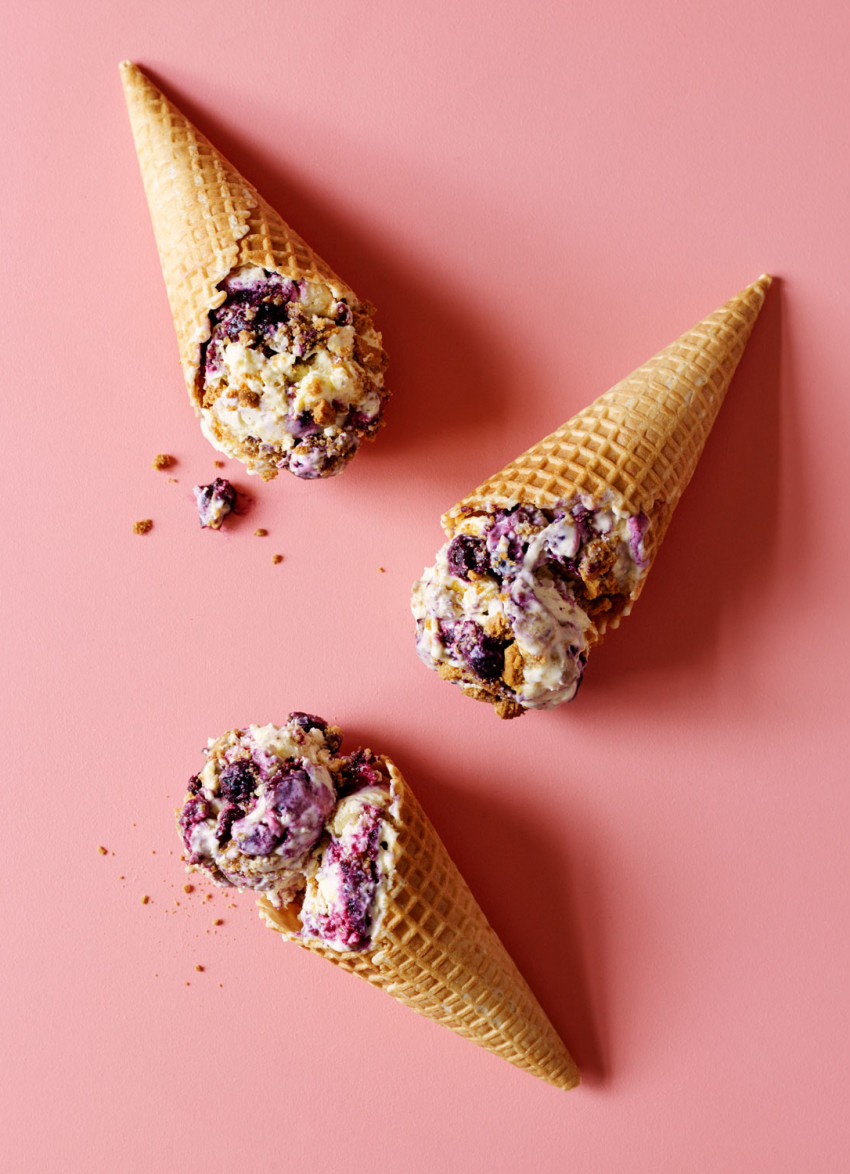 Little bursts of juicy blueberries and nuggets of gingernut biscuits are enveloped in this creamy, lemon-flavoured ice cream.

Blueberries: Put the blueberries, water and sugar in a saucepan over a medium heat and bring to the boil, stirring to dissolve the sugar. Cook for a few minutes until the berries have released a lot of their juice, gently crushing half and leaving the rest whole.

Mix the lemon juice and cornflour together in a small bowl until smooth. Stir into the berries and cook for 1 minute until thickened. Set aside to cool, but don’t refrigerate.

Ice cream: Beat the egg whites to soft peaks then gradually beat in the icing sugar until very thick and glossy.

In a separate bowl, whisk the cream, mascarpone and vanilla together until soft peaks form. Don’t overbeat or the mascarpone will curdle.

Use a large metal spoon to fold the cream mixture into the egg whites, along with the lemon zest.

To assemble: Spoon half of the cheesecake mixture into the freezer-proof container. Top with half the blueberry mixture then half of the crushed gingernuts. Repeat to make another layer.

Cover completely with plastic wrap and freeze for several hours or overnight preferably. Scoop the ice cream into bowls or cones to serve.