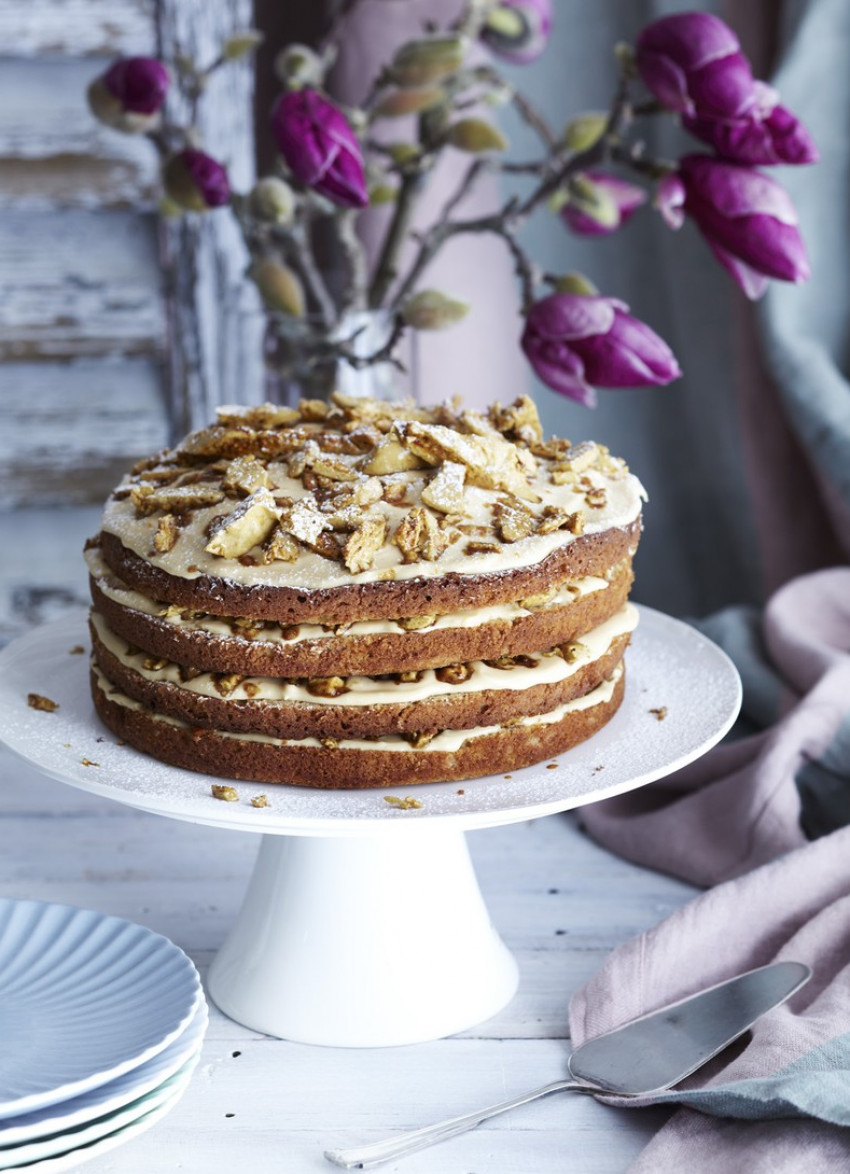 This impressive, luscious cake is quick to assemble as the filling can be made 2 days ahead and the cake 1 day beforehand.

Filling: Beat the cream cheese and icing sugar until light and smooth. Beat in the caramel then very gently stir in the mascarpone until just combined. Chill for at least 3 hours before using.

Cake: Combine the instant coffee and boiling water and set aside. Beat the butter, sugar and vanilla in a standing mixer until pale and fluffy. Whisk the eggs together and beat gradually into the butter mixture. Combine the flour, baking powder and salt and add to the mixer along with the cooled coffee. Beat gently to combine.

Divide the batter evenly between the tins and smooth the tops.

Bake for about 20–25 minutes until golden and firm to the touch. Cool completely in the tins.

Hokey pokey: Put the sugar and golden syrup into a medium saucepan over a low heat and stir until all the sugar has dissolved. Increase the heat and cook for 2 minutes until a good golden colour.

Take off the heat and stir in the bicarbonate of soda. It will immediately froth up. Scrape onto the tray then leave to cool and set. Chop into rough chunks for the cake.

To assemble: Slice each cake in half. Place one cake on a serving plate and spread with a quarter of the filling and a ¼ of the hokey pokey. Repeat with the remaining cakes, filling and hokey pokey.

If the cake is filled several hours ahead of serving, the hokey pokey will start to softly melt into the filling and will be chewy rather than crunchy – but still delicious! Makes 1 cake