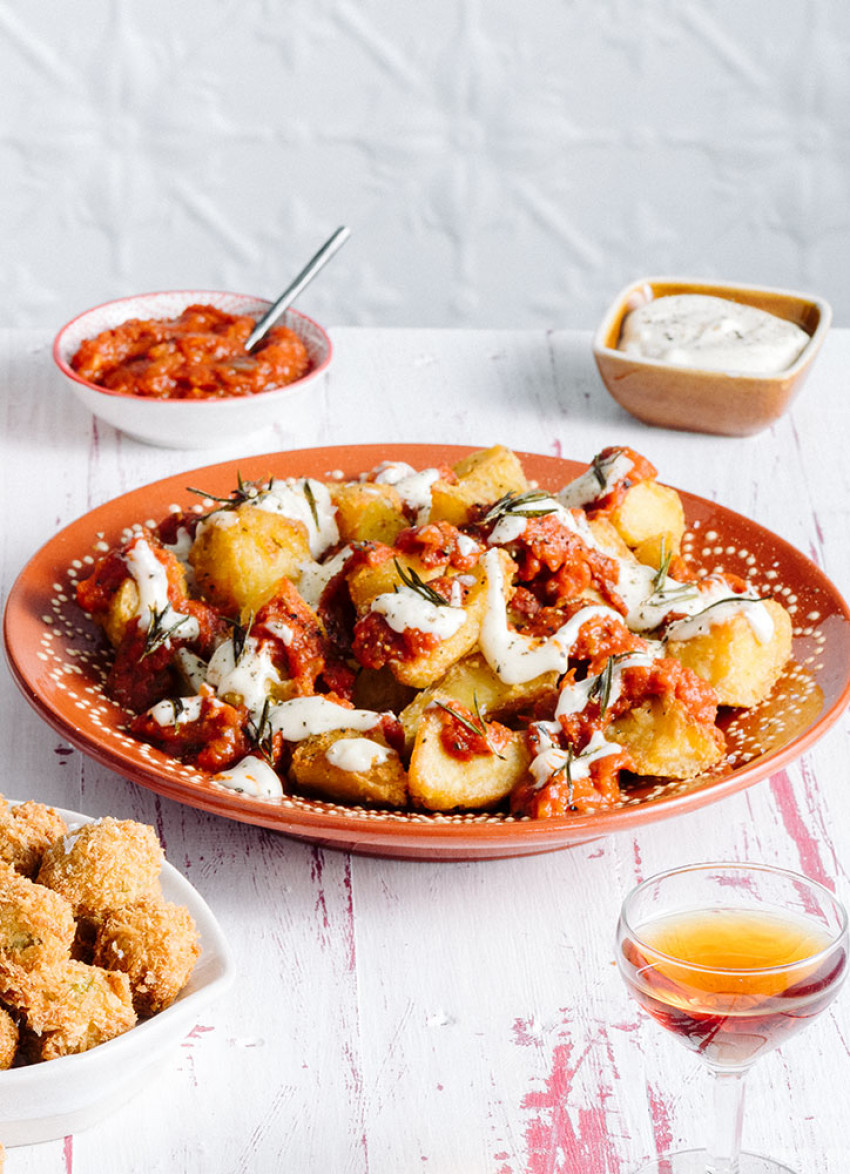 I find it easier to roast a big pan of these potatoes in a hot oven to get them crispy on the outside while inside they’re soft and fluffy.

Cut the potatoes into large chunks and cook in plenty of boiling salted water until three-quarters cooked with just a little resistance in the middle.

Drain well and place back in the saucepan over a low heat. Shake the pan to roughen up the outside of the potatoes while also drying off excess moisture.

Put the oil in a large, shallow roasting tray and heat in the oven until very hot.

Carefully tip in the potatoes and rosemary and spread out to a single layer. Season generously with salt and pepper then toss together. Roast for 30 minutes, turning occasionally, until the potatoes are really crisp and golden on all sides.

Garlic mayonnaise: Stir the ingredients together in a bowl and season.

To serve: Transfer the potatoes to a wide serving bowl. Spoon over some of the hot tomato sauce and drizzle with some of the mayonnaise then scatter over the parsley. Serve the remaining sauce and mayo separately.

Smoked Tomato Sauce: Heat the olive oil in a sauté pan, then add the onion, garlic and rosemary. Season with salt then cover and cook for 5 minutes until soft. Add all the remaining ingredients except the vinegar and bring to the boil. Cover again and simmer, stirring occasionally, for 15 minutes until reduced and thick.

Stir in the vinegar and blitz with an immersion blender or in a small food processor until smooth. Makes 1½ cups