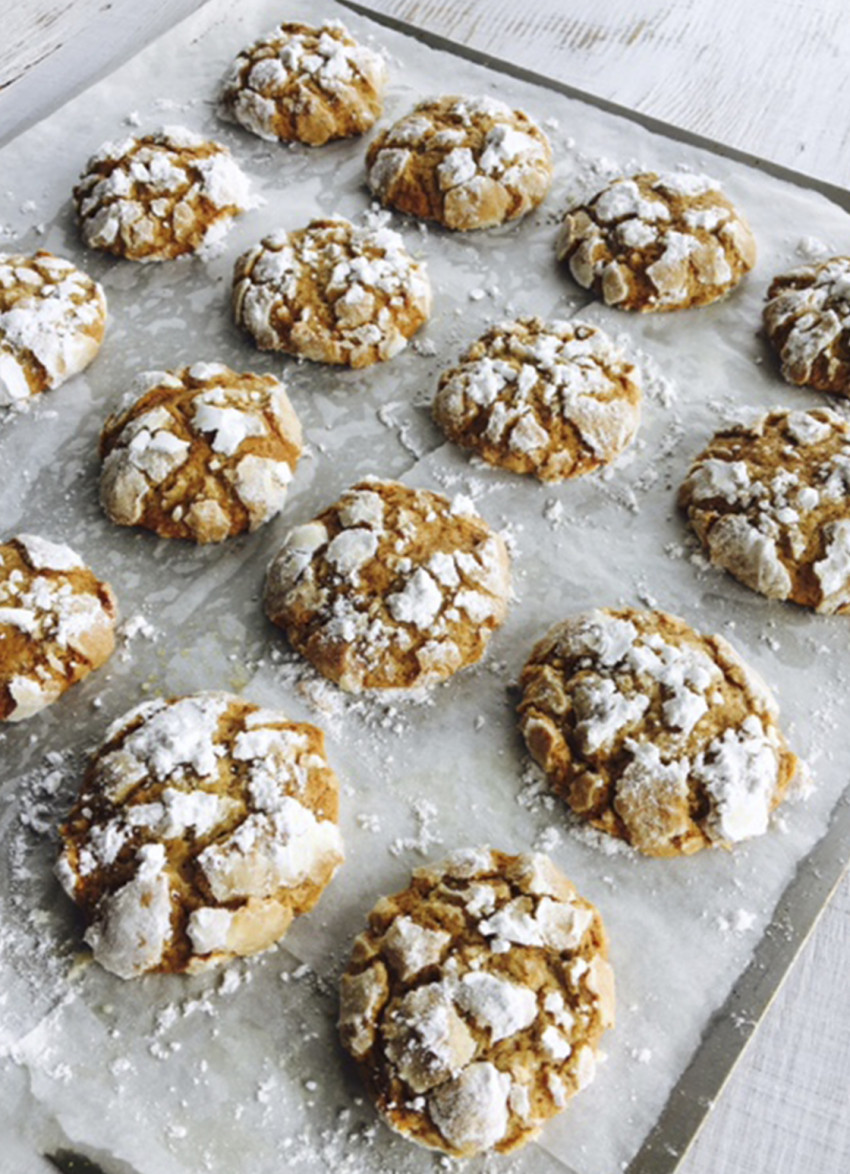 Beat the cream cheese, butter, both sugars and golden syrup until pale and fluffy, about 5 minutes. Beat in the egg and vanilla.

Combine all the dry ingredients together. Add to the butter mixture and beat until well combined, scraping down the sides of the bowl for even mixing.

Cover the bowl and chill for 2 hours to firm up the dough. Roll spoonfuls of the chilled dough into walnut sized balls then roll in icing sugar to coat generously. Just form into rough balls, they’re supposed to look rustic.

Place on the tray, spacing them 4cm apart. I put 12 on each tray. Bake for about 20 minutes until golden and the tops are cracked.

Cool for ten minutes then transfer to a cooling rack. Store in an airtight container for 4 days. Makes about 36 cookies.

Cook's note: I roll and bake one tray at a time. With one in the oven, I roll the second tray and place in the fridge until ready to bake, keeping the remaining dough for the 3rd tray chilled.

Pantry note: Anise, sometimes packaged as Aniseed, is not the same as star anise. Aniseed is the spice used to make the French drink Pastis and is widely used in Europe and the Middle East to flavour breads and cakes. Star anise is a small star-shaped spice with 5–6 points each containing a seed. It is used in Chinese five-spice and many Asian recipes.