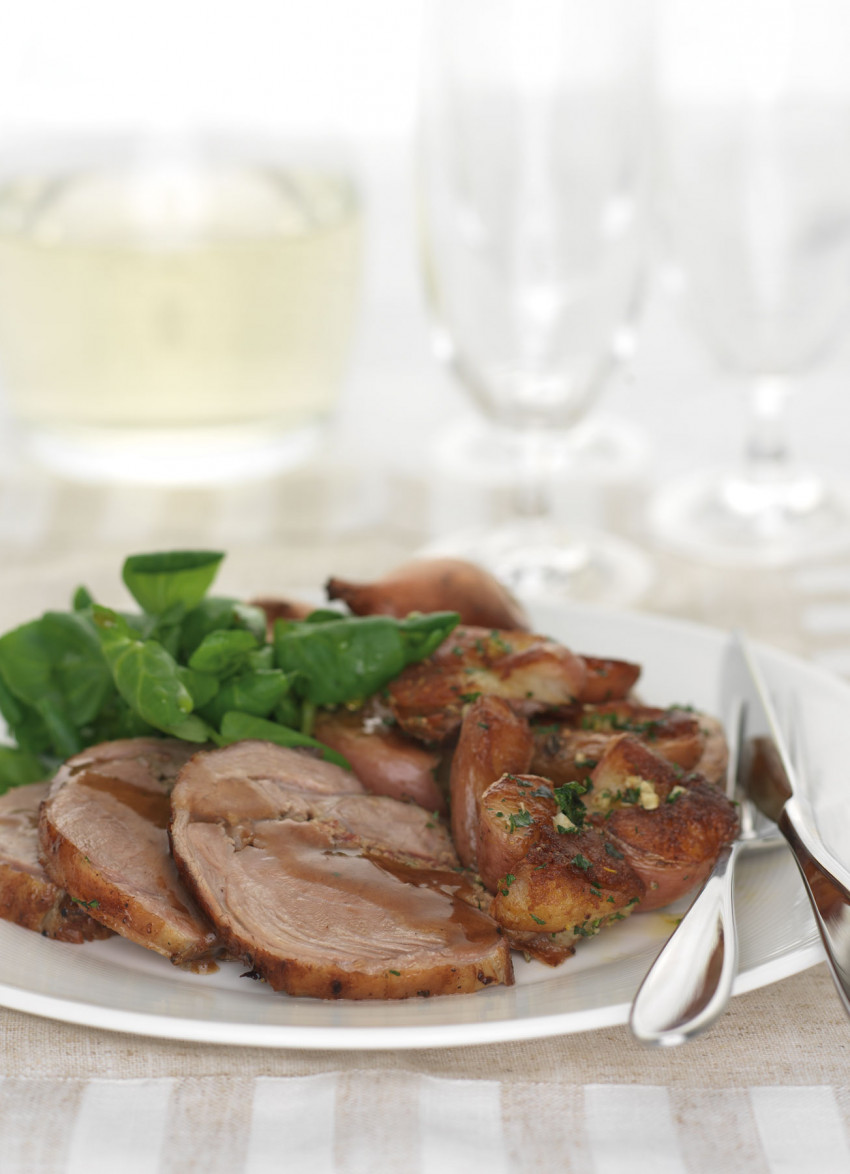 The shoulder is a well worked muscle of the lamb. This means it has plenty of flavour but also a lot of connective tissue which benefits from long, slow cooking.

1 lamb shoulder, boned – ask your butcher to do this

Stuffing: Soak the mushrooms in 1 cup of boiling water for 20 minutes. Strain and slice thinly.

Heat the oil in a sauté pan and cook the onion, salami, rosemary, garlic and the mushrooms until tender. Tip into a bowl and cool. Stir in the breadcrumbs, mince, Parmesan and the egg yolk. Season.

Lay the lamb skin side down on the bench and season. Spread the stuffing over the entire surface then roll up the lamb. Tie securely at 2 cm intervals with kitchen string. Rub the lamb with oil and season.

Heat an oven-proof casserole large enough to hold the lamb and brown it on all sides in a little oil. Add the wine and the onions. Bring to the boil then cover with a crumpled piece of wet baking paper. Roast for 2-2½ hours until very tender. Add water or stock to the pan if the liquid reduces too much. Remove from the oven and transfer the lamb and onions to a platter. Cover loosely and rest for 15 minutes.

Pan Gravy: Skim off any excess fat from the liquid remaining in the pan and place the pan back over the heat. Simmer until syrupy and season with salt and freshly ground pepper.

Potatoes: Cook in boiling salted water until almost tender. Drain and cool. Squash lightly with the palm of your hand. Heat a sauté pan with a little oil and a knob of butter and cook the potatoes until golden. Chop the parsley, lemon zest and garlic together. Sprinkle over the potatoes and cook for a couple of minutes, turning to coat.

To serve: Remove the string and slice the lamb. Serve with the potatoes and roast onions. A watercress and raw fennel salad or alternatively a bowl of wilted Swiss chard tossed with olive oil would go well.