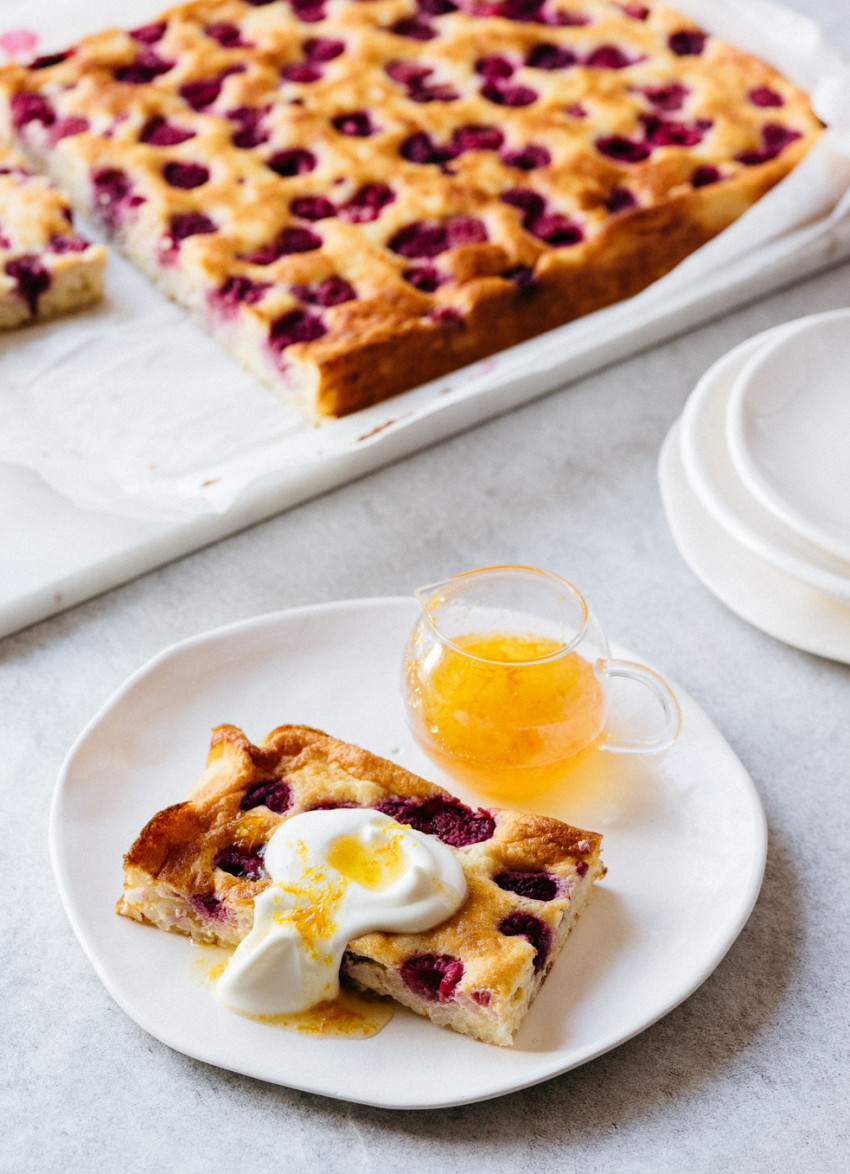 Everything I love in one recipe – rice pudding and cake combine with raspberries to make a gorgeous gluten-free morning tea or dessert.

Cook at a gentle boil for about 20 minutes or until al dente (just cooked), stirring occasionally.

Stir in the sugar, marsala wine or Cointreau and both zests. Cool until lukewarm.

Stir in the egg yolks then fold in the flour.

Whisk the egg whites to soft peaks and fold into the rice.

Pour the mixture into the tin, then distribute the rice evenly.

Dot the raspberries over the top. Bake for 30 minutes until the cake is golden and firm to the touch.

To serve: Cool and serve with softly whipped cream and orange syrup.

Cook’s note: Raspberry coulis is also a delicious accompaniment along with the mascarpone.