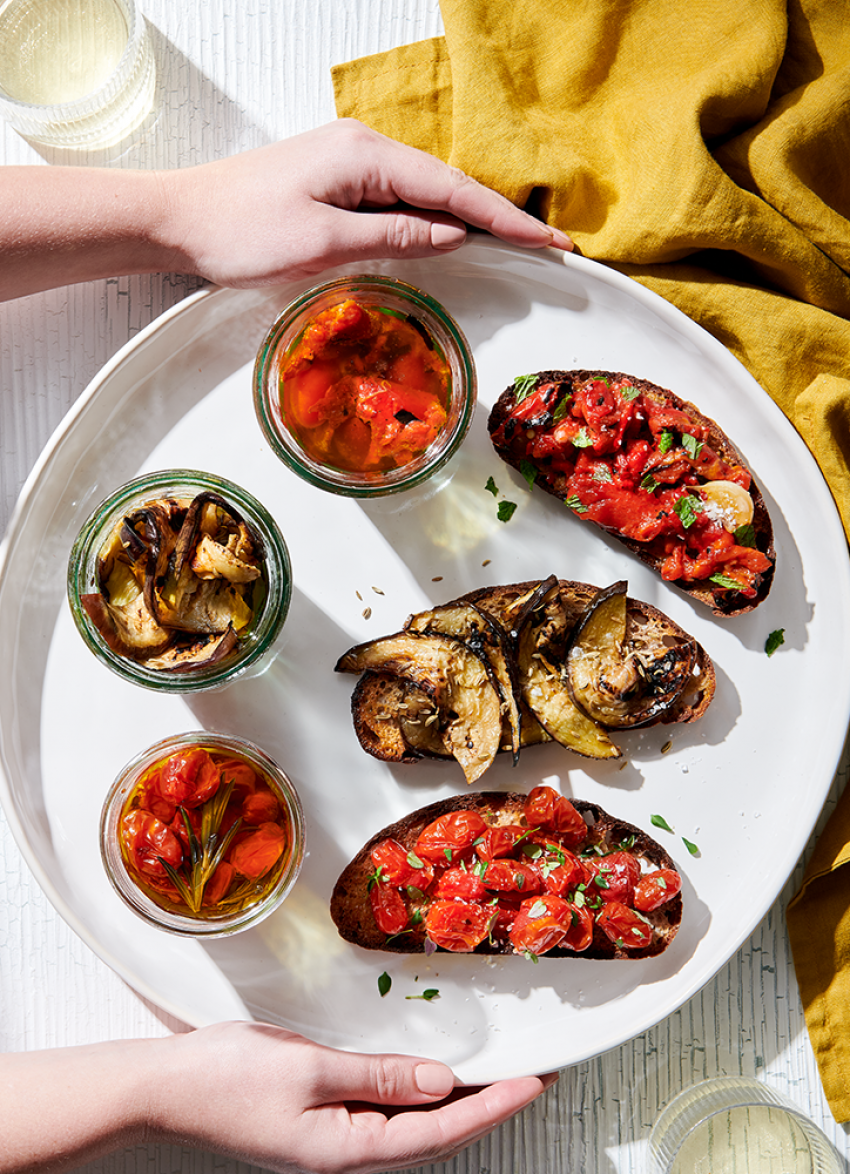 Having a few olive oil preserves in the fridge is a game changer for summer dining. They can be eaten on toast, tossed through pasta, used as a condiment for barbecued foods or eaten straight from the jar while you top up your Negroni.

This recipe makes roughly one small jar. Feel free to scale up depending on how much produce you have.

Roasted Eggplant with Fennel Seeds
Preheat the oven to 180°C.

Place the eggplant rounds on a tea towel and sprinkle with sea salt. Leave for 30 minutes, then pat dry. Cut the rounds in half so that they become moon shaped.

Place the eggplant pieces and fennel seeds in a roasting dish and drizzle with the olive oil. Toss to combine, then bake for 20-30 minutes, or until the eggplant is tender. Set aside to cool. Place in a small sterilised glass jar then cover with vinegar and extra virgin olive oil. Seal the jar and refrigerate.

Charred Capsicums with Garlic
Place the whole capsicums over a direct gas element to char. Use tongs to rotate occasionally so that they begin to blacken on each side (if you don't have a gas stovetop, do this on a barbecue or in a dry, heavy bottomed pan).

Once blackened, remove the capsicums from the heat and place in a large heatproof bowl. Cover with a plate and set aside for an hour to cool. Peel off the blackened skin and remove the seeds and green tops. Place in a sterilised jar with garlic cloves then cover with vinegar and extra virgin olive oil. Seal the jar and refrigerate.

Store the preserves in the refrigerator and remove 30 minutes before serving to bring to room temperature. The preserves will last for up to four weeks in the fridge – just make sure you keep them topped up with olive oil.