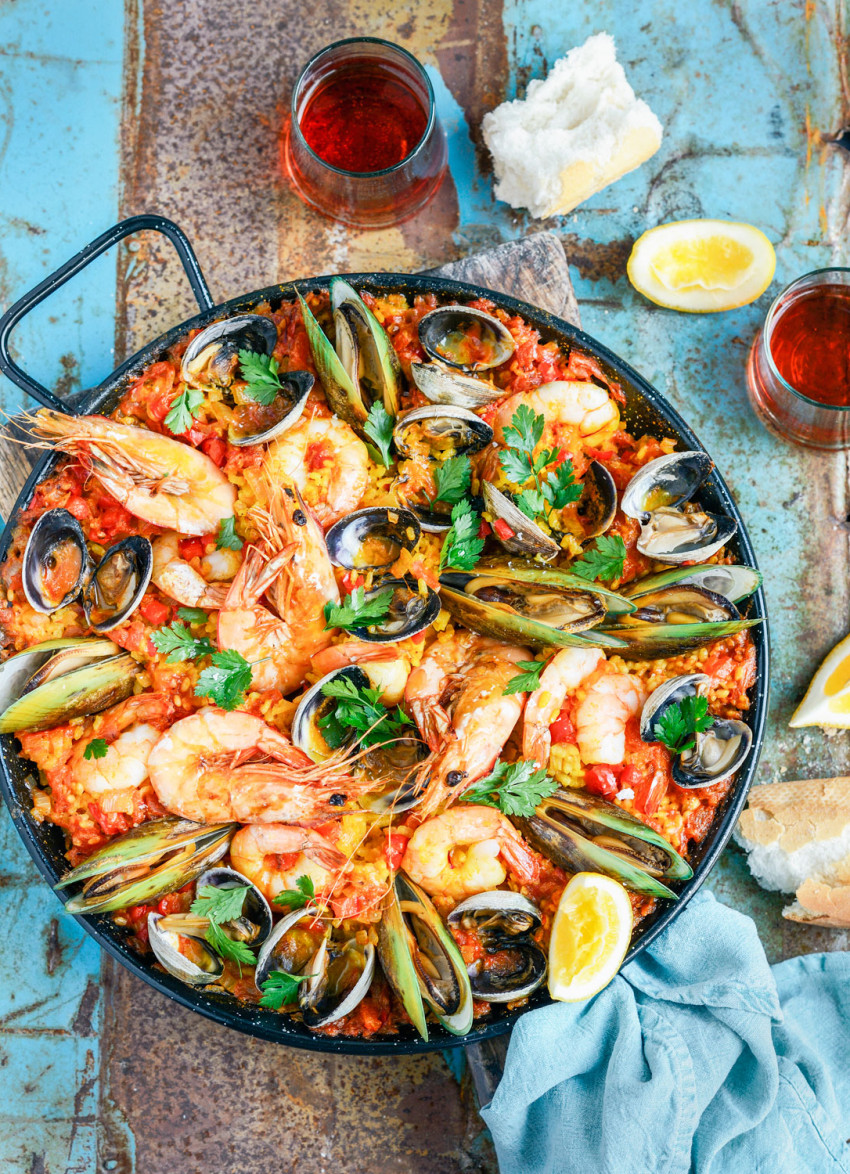 Paella is the perfect one-pan barbecue dish, although it can also be prepared on the stovetop. This simple version is packed with seafood, all you need to accompany it is a sprinkling of parsley, a few wedges of lemon and some good crusty bread – it’s the ideal summer seafood dish!

Place the saffron in a bowl. Pour over ¼ cup boiling water and leave to infuse.

Place the tomatoes in a bowl. Cover with boiling water and leave for 5 minutes, then slip the skins off and chop.

Heat the oil in the paella pan, add the banana prawns and cook for 2-3 minutes each side until coloured, then set aside. Add the onion, garlic and capsicum to the pan, season well with salt and pepper and cook gently for 12-15 minutes until lightly coloured.

Add the chopped tomatoes, wine, saffron and soaking water and the paprika and cook for 3-4 minutes, stirring.

Add 4½ cups of the stock and bring to a boil then reduce to a simmer. Sprinkle the rice evenly into the pan and cook over a medium heat without stirring for 15 minutes, until the rice at the top still has a little ‘bite’.

Poke the prawns into the rice with the mussels, hinge end down. After about 5 minutes, once the mussels have started opening, add the clams and banana prawns and cook for a further 4-5 minutes until the clams have opened. (If the mussels are slow to open, increase the heat for a few minutes and cover the pan with tinfoil to accelerate the cooking.) Discard any shellfish that haven’t opened. Remove the pan from the heat, cover with tinfoil and leave to rest for 10 minutes.

Scatter over the parsley and serve straight from the pan with lemon wedges and good crusty bread.

Cook’s Tip: The remaining ½ cup of stock can be heated to a simmer and added with the clams if the rice appears to be drying out too much. Bear in mind that the rice shouldn’t be soupy like risotto, it should be quite dry, forming a light crust at the base as it cooks. This caramelised bottom layer of crunchy rice is known as ‘socarrat’ in Spanish and is highly prized. 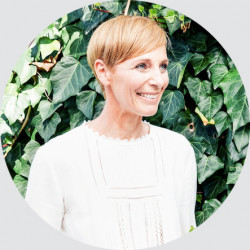 For more recipe ideas and cooking inspiration, follow Sarah Tuck on Facebook. To read a little more about her and find out how her blog, From The Kitchen, began, read our story on her. ​