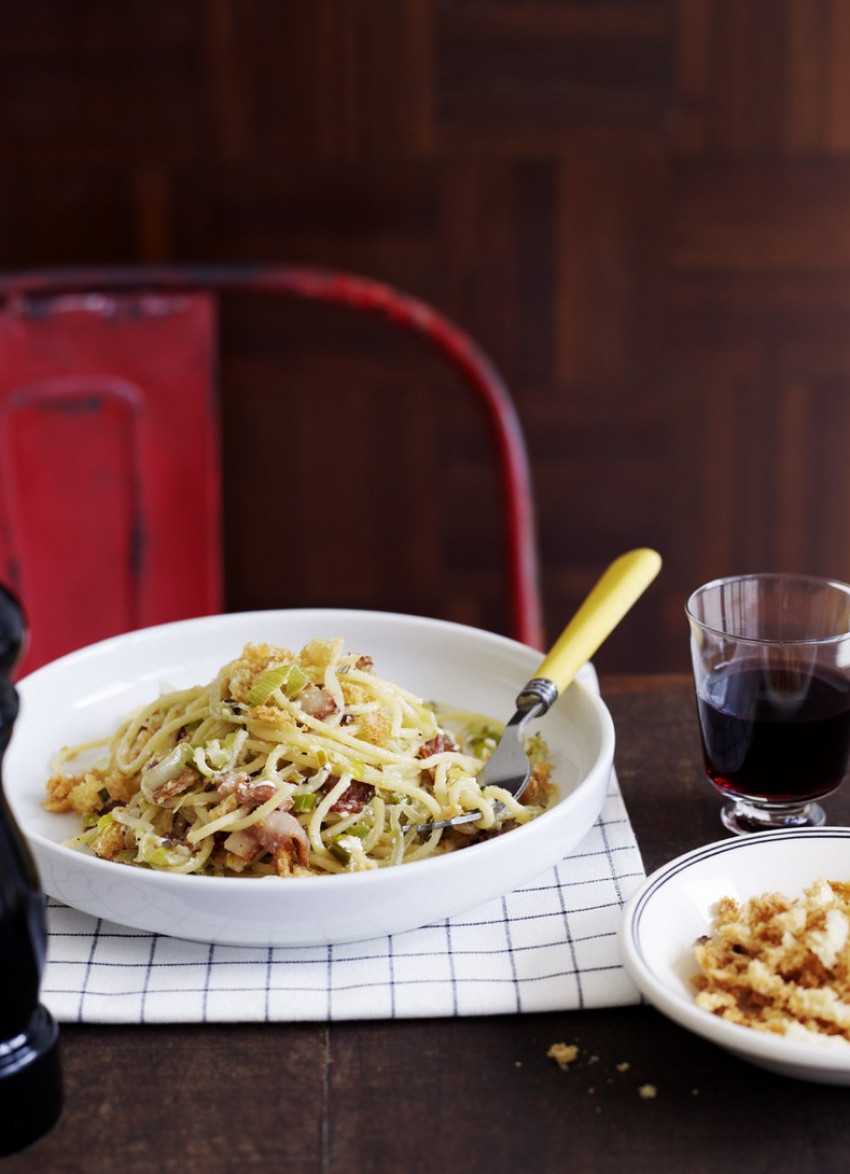 Crumbs: Place the crumbs on a baking tray and spray with olive oil. Add the chilli flakes and sea salt and toss to combine. Bake for 12-15 minutes, tossing occasionally, until golden and crisp. Cool.

Sauce: Heat 3 tablespoons of the olive oil in a large non-stick sauté pan. Add the onion, leeks and rosemary and cook slowly for 8-10 minutes until soft and translucent. Stir in the goat’s cheese and transfer to a bowl. Heat the remaining oil in the pan and cook the bacon until golden and crispy. Add to the leek mixture and toss to combine.

Cook the spaghetti as per the instructions on the packet.

To serve: Stir the Parmesan and a good glug of olive oil through the cooked spaghetti then toss through the leek mixture with most of the crumbs. Serve topped with the remaining chilli crumbs.