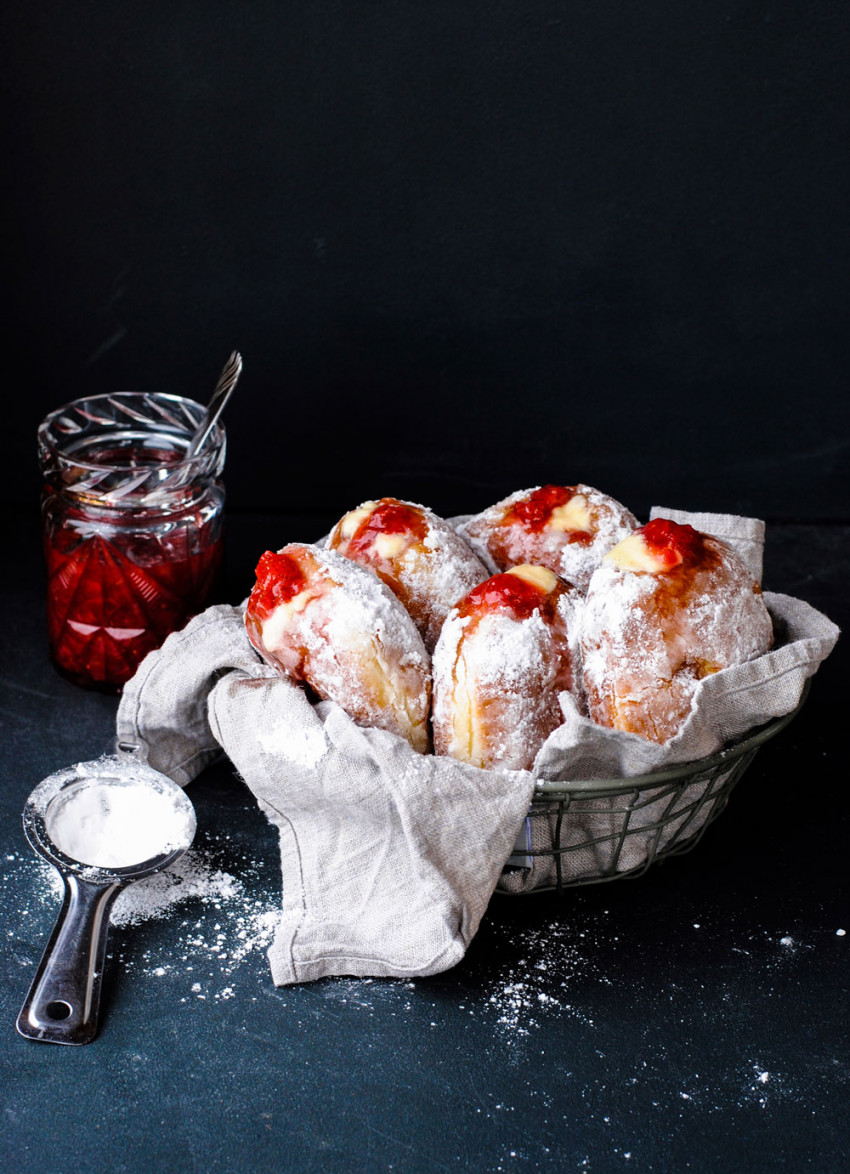 2 cups of icing sugar to dust

Doughnuts
In a medium-sized bowl combine the lukewarm milk and dried yeast, stir to combine and set aside for a few minutes.

Place the dry ingredients in the bowl of an electric mixer and combine. Alternatively, mix in a large bowl until well combined. Add the milk mixture and egg to dry ingredients and mix using a dough hook or large metal spoon. Increase to a medium speed and mix for 5 to 10 minutes until the dough becomes glossy. Gradually add butter to the dough until well combined. Place the dough in a warm spot and cover loosely. Allow dough to prove until doubled in size.

Roll dough out on a clean floured surface until 2cm thick. Cut into 7 circles using an 8cm cookie cutter. Lay a tea towel over the dough and leave for another 30 minutes.

Fill a large heavy-bottomed pot with 4cm of oil and place over a medium to high heat until the oil reaches 180°C. While the oil heats, take a baking tray and line with a double layer of paper towels.

Gently lower the donuts 2 at a time into the oil and fry until golden brown on one side, this should take around 2 minutes. Carefully turn the donuts and fry for an additional 2 minutes. Once cooked place on the lined baking tray. Repeat with remaining donuts.

Chop strawberries in half and place on a lined baking tray and sprinkle with sugar. Bake in the oven for 10-15 minutes until strawberries are soft and juicy. Set aside to cool.

In a small bowl, whisk together egg yolks and 1 tablespoon of caster sugar until thick and pale.

In a medium saucepan, heat the milk, remaining sugar and vanilla seeds until just simmering. Pour half the milk into the egg mixture and whisk continuously. Add the cornflour and continue whisking until well combined. Pour back into pot with remaining milk and stir until thickened. Set aside to cool, then refrigerate.

Using the back of a spoon, poke a hole in each of the donuts and fill with roasted strawberries and custard cream. Roll in icing sugar. 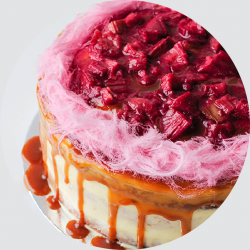 For more beautiful recipes by Olivia Galletly, visit her blog The Hungry Cook.