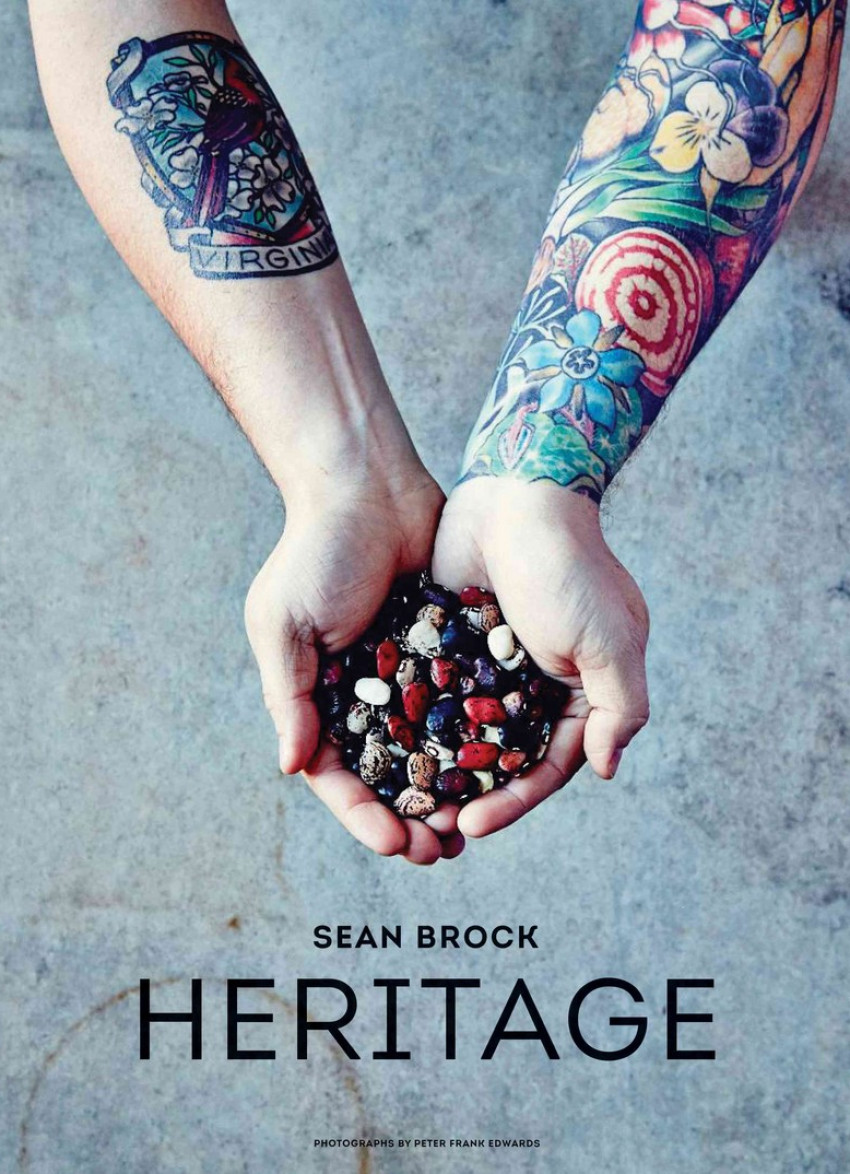 Ever heard of a Chocolate Chess Pie? David Parker hadn't, but this week attempted to bake the quintessentially Southern dessert as a yardstick for Sean Brock's cookbook 'Heritage'.

Recently someone was asking me what I do for a job (aside from 'cooking the books', I send guitars and ukuleles around the country to music stores and occasionally do live sound for bands) and I said “...I guess you could say I have my fingers in a few pies, sometimes literally!” I was very proud of this joke. But I realised I hadn't actually made a pie for Cook the Books. I mean there was the Deconstructed Lemon Meringue Pie... but that doesn't count, surely?

Well Sean Brock's Heritage couldn't be a better book for a good sweet pie recipe. Regarded as a chef at the forefront of the Southern food revival, Virginia-born Sean Brock is famed for elevating low-country fare to new heights in his restaurants McCrady’s and Husk in Charleston, South Carolina.

I know it's a controversial opinion to have in New Zealand, but I think sweet pies are my favourite kind of pie! Cherry! Apple! Yum. I'd think of Sean's Chocolate Chess Pie as more of a tart though as it doesn't have a top.

From what I've read no one really seems to know where the name came from, although I like the idea that chess is an Americanism of 'cheese' as the recipe is similar to a cheesecake. Or perhaps as this is Southern recipe, someone once asked "What smells so good?" and the cook replied “It's jes' pie!” and eventually pronunciation evolved to 'Chess Pie'. Etymology aside, there doesn't appear to be a strict blueprint for a typical Chess Pie; it's an engima, whose ingredients vary from recipe to recipe.

To begin the Chess Pie making process, you have to freeze the crust ingredients. To save space in the freezer I weighed the ingredients into the bowl of the processor (rather than in individual bowls as I think the recipe implies) and dutifully left them in the freezer for an hour. When they came out the butter was rock solid and I wasn't sure how this was going to work.

Speaking of the butter, there's a lot in the crust. 10 ounces. It seemed too much.

I mixed up the crust ingredients with a few pulses of the processor, added in the butter and pulsed the prescribed amount of times. The butter wasn't pea sized (as specified by the recipe) at all by that point so I pulsed a little more until it looked like they'd come to the right size and added the water. As soon as I did, I could still see the individual lumps of frozen butter, it didn't look right but I was following the recipe to the letter.

I rolled out the pastry, an eighth of an inch is a little thicker than what I'd usually aim for but I guess the chocolate crust is meant to be a special addition, not just a crust for crust's sake. I followed the instructions to fold the crust into quarters to get it into the pie dish although I think I prefer rolling it onto the pin to lift it.

After trimming and resting the crust for 10 minutes it went into the oven with pie weights. Usually I'd put it in the fridge beforehand, but with no mention of any cooling I left it out on the bench. After 15 minutes I pulled it out, pricked the base with a fork and returned it to the oven for another seven minutes.

It didn't seem done, so I put it back in for another five minutes, and soon there was a dry skin on the top of the crust but it still didn't seem cooked. I didn't want to put it back in and end up burning it when trying to bake the filling so I let it cool. It shrunk down a bit and seemed slightly firmer but still a little raw. Sometimes when I'm testing these recipes I have to do something against my better judgement - after all I'm testing a recipe not just my cooking skills. I should have taken a photo, but I forgot in the stress.

I started on the pie filling by melting butter and chocolate in a bowl over a simmering pan of water. I then combined the sugar, cocoa powder and salt in a bowl then whisked in the milk, two eggs and vanilla. Finally, I folded in the melted chocolate and butter before pouring into the pie crust and putting in the oven.

The book has a few specific recommended ingredients, for instance this recipe lists 'Bourbon Barrel Foods Aged Vanilla Extract' and 'preferably Olive and Sinclair' chocolate. You can buy said products from a list of stockists in the back of the book, but I didn't have time to order some special chocolate that I'd only need 42 grams of, nor magic vanilla extract that I'd only use a teaspoon of. I switched them out with a good quality vanilla essence and Whittakers 62%.

For a while it looked like everything had gone right.

Maybe I'd mixed the ingredients incorrectly or set the oven to the wrong temperature, I'm not sure, but my lumpy chocolate pie was a mile away from the smooth bubbly top of the pie in the photo. Although there's only one slice in the Heritage photo so maybe the rest of his pie was a mess too? I don't know.

What I can say is that it tasted great. I made a mini pie with the leftover pastry and filling to taste before I took the big brother to a birthday party, but the little pie was gone before I had time to refrigerate it as the book instructs you to do. “We thought it was for us,” were the excuses of several family members who had systematically destroyed the little pie. The big pie was refrigerated and the next night I got to taste it.

It did taste very good but the crust and fillling were both a little undercooked for my liking. The only thing I can think was that the recipe was made for a fan oven and I hadn't needed to compensate in my temperatures. It did however taste great, one person commented that the crust tasted a little like a British chocolate breakfast cereal. The crust had a layer of melted butter that had collected at the bottom making it easy to remove from the dish, but to me it was a reminder of just how much butter there had been in the crust.

I know better chocolate tart recipes with much less effort involved. Heritage recipes are often a pastiche of rustic classic American dishes with nouveau cuisine-style plating, but where traditional Southern American food is concerned I'd rather the rustic, wholesome home-cooked aesthetic.

Level of expertise required: Heritage is mostly an advanced book, but I think almost all of the dishes are pretty achievable with a bit of time, patience and practice. There's some stuff you'll probably never do, like whole pig cooked in a BBQ pit. I had looked at another pie recipe but I'd need to render pork fat into lard for it, which sounded interesting, but so much effort for a pie crust.
How many trips to the supermarket? There are a lot of ingredients that you'd find everywhere in America that wouldn't be so easy to find or be cheap here, let alone all of the specific brands of ingredients that are listed in the book, which is great if you're in America because you'll know you're getting the same product Sean uses.
How closely did the dishes resemble the pictures? My pie wasn't so close. It was almost there but I think I'd need to play with the oven temperature and timings to get that pastry right. As I mentioned before, a lot of the plating is quite nouveau cuisine but other recipes are quite rustic. I think most look achievable though.
Ease of reading: The recipes were well laid out and detailed, I like that the book is broken up with profiles on food producers etc and a few interesting articles on things like breeds of livestock. Plus even though I probably wont be cooking a whole pig anytime soon I liked reading the whole pig cooking method and I guess that's what recipes like that are there for.
Pretty on the coffee table or destined to be battered? I'm afraid I'm going to have to say this is a pretty on the coffee table. The recipes look great and there are others I'd be interested to attempt but with ingredients being difficult to source I don't think there'd be too many I'd actually cook.

Heritage by Sean Brock is available from all good bookstores now, RRP $70 (hb).