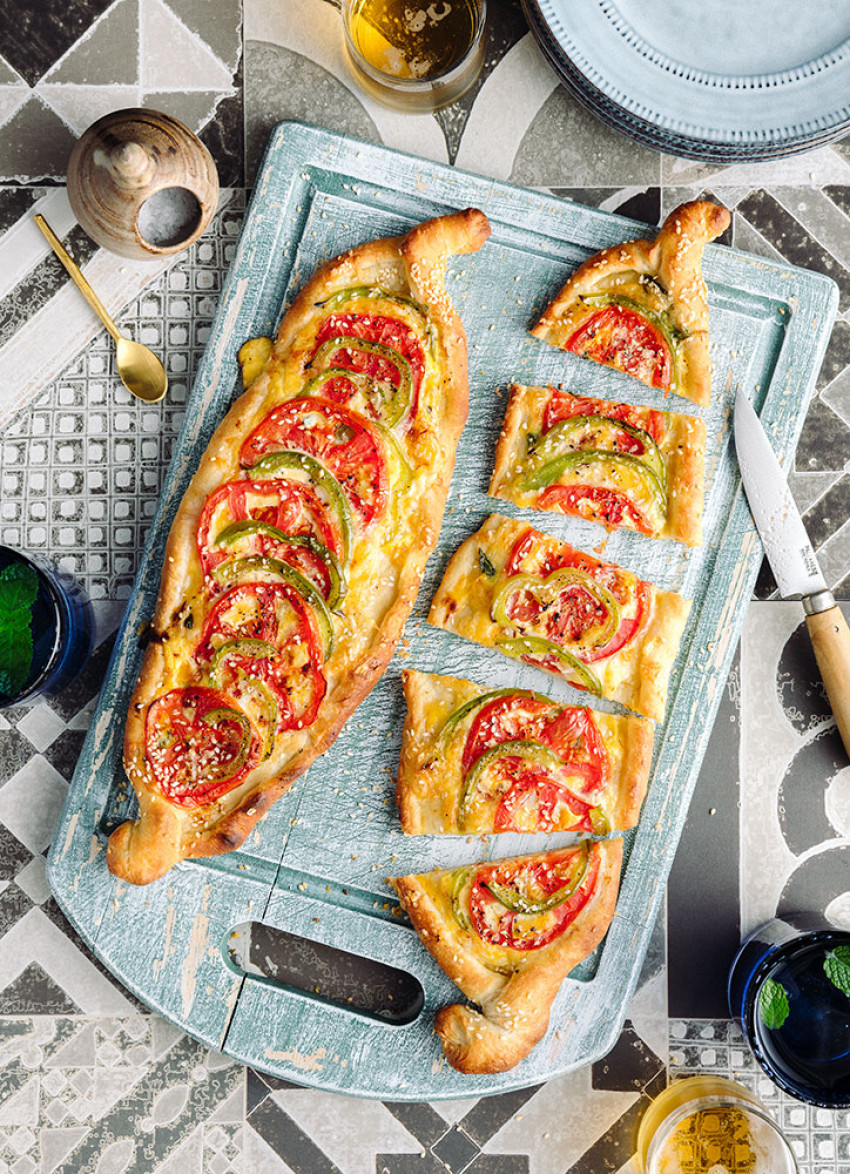 Depending on the size you make them, this is enough for three large pide or several individual ones.

Dough: Combine the flour, salt and yeast in a large bowl. Pour in the water and use a fork to combine and make a sticky dough.

Turn out on a floured bench and, with floured hands, knead gently for a couple of minutes, adding a little more flour if needed, until it becomes smooth and pulls away from the bench easily.

Place in a lightly greased bowl and cover with a tea towel. Leave to rise until the dough doubles in size (about 1 hour).

Divide the dough into three equal pieces. Roll out each one on a lightly floured bench to an oblong approximately 30cm x 15cm. Place on the baking tray.

Fold over the edges and pinch together to make a border. Press each end into a point and twist to close tightly.

Filling: Stir the egg, oregano and both cheeses together in a bowl and season with salt and pepper. Divide the filling among the pide then top with the sliced tomatoes and
green capsicum.

Topping: Brush the borders with egg yolk and sprinkle over the sesame seeds.

Bake for about 20 minutes, or until puffed and golden. Makes 3 pides