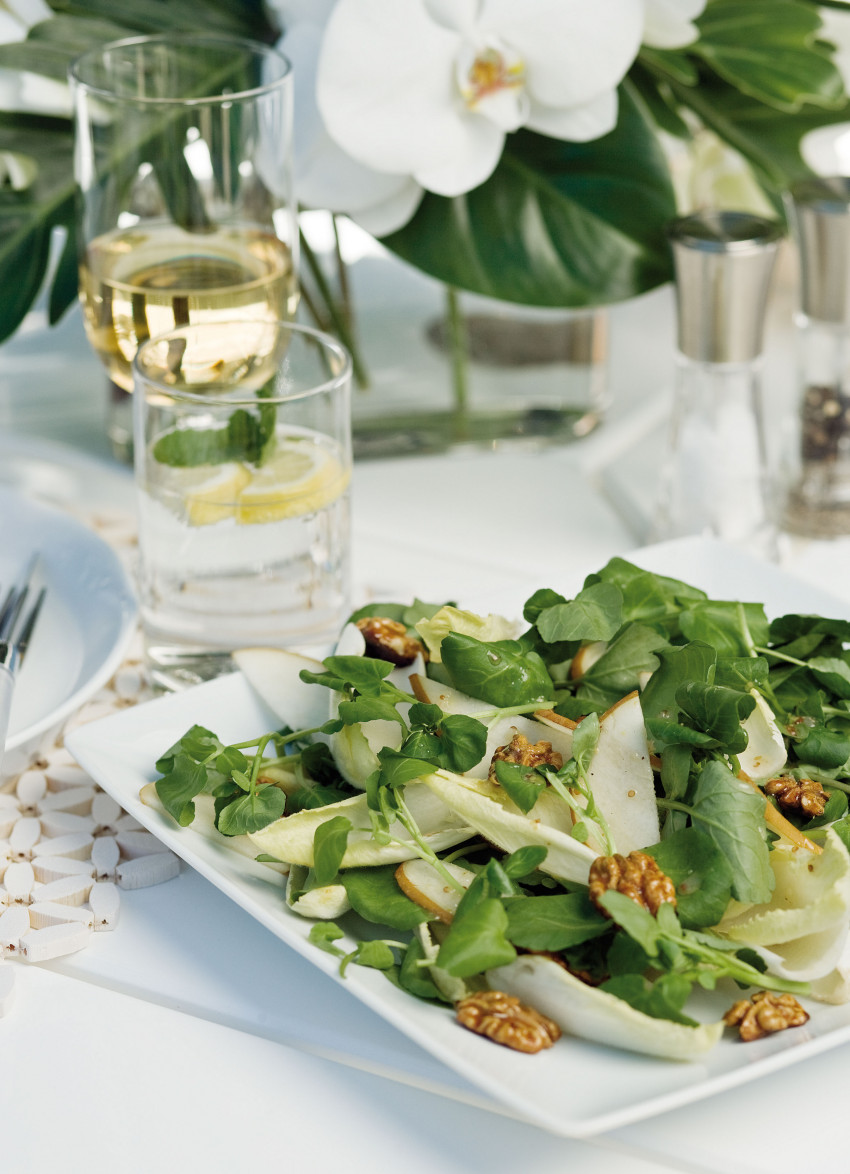 Walnuts: Warm the honey then stir in the soy, cayenne and the walnuts. Spread the mixture out on a lined baking tray. Cook for 15-20 minutes, turning the nuts every 5 minutes, until they are golden and the honey has formed a thick glaze over the walnuts. Remove from the oven and separate the nuts while hot, otherwise they will stick together on cooling. Sprinkle with the salt and leave to cool and harden.

Dressing: Whisk everything together and season with salt and pepper.

To serve: Cut the pear in half and scoop out the core. Slice thinly and toss with half the dressing. Put the salad leaves in a bowl and toss with just enough dressing to lightly coat the leaves. Transfer to a serving bowl and scatter the pears and walnuts over the top. Serve immediately.

Cooks tip: The pear can be substituted with a crisp apple or a nashi pear.